We all know politicians sometimes say stupid things, they’re only human after all, but sometimes their statements just leave you scratching your head in disbelief. Take Indian minister Biplab Deb, who recently said that the internet existed back in the ancient days of Mahabharata.

Speaking at a regional workshop on Public Distribution System (PDS) in Agartala, in the Indian state of Tripura, Chief Minister Biplab Deb told the audience that the internet was invented “lakhs of years ago”, along with other advanced technology like satellites, and not by Western countries, but by ancient Indians.

He argued that some of the events described in the Mahabharata couldn’t have been possible without these technologies, which, in his mind, is proof that they existed thousands of years ago. 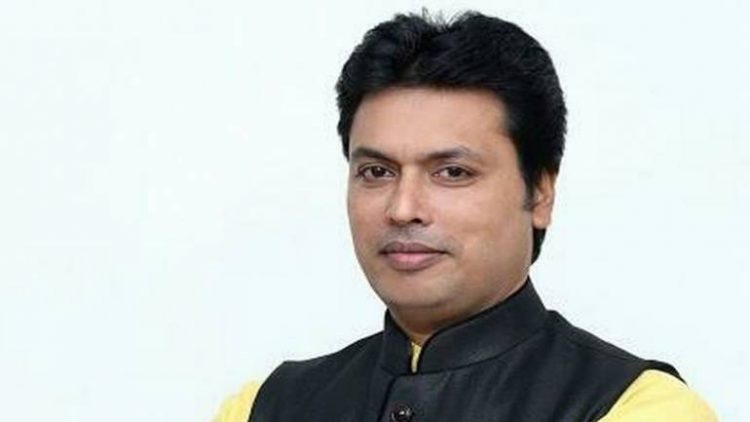 “Not the US and other Western countries, but the Internet was invented by India lakhs of years ago,” Biplab Deb was quoted as saying by Tripura Infoway. “Many may decline the fact, but if the Internet was not there, how Sanjay, could see the war in Kurukshetra and describe it to Dhritarashtra? It means Internet was there, the satellites and that technology was there in this country at that time.”

“I feel proud that I am born in a country with such an advanced technology, the countries which claim themselves to be technologically advanced are hiring Indian talent to upgrade their software mechanism,” the Tripura Chief Minister added.

This raises a few questions. Why didn't Abhimanyu ask Quora how to escape the Chakravyuha? Why did Sanjay narrate the Kurukshetra War when Siri could have done it? Also, Krishna really should have streamed the Bhagavad-Gita on Facebook Live. https://t.co/vrauX1UIpZ #Mahabharata

As you can imagine, his hilarious statements went viral on Indian social media, with many users sarcastically confirming his theories by offering the same type of “solid” arguments. Some of the posts are actually quite funny, but not to minister Deb.

Asked to comment on the public’s reaction to his statements, the Tripura minister said that people can laugh all they want, but that doesn’t mean what he said isn’t true.

“Narrow-minded people find it tough to believe this. They want to belittle their own nation and think highly of other countries. Believe the truth. Don’t get confused and don’t confuse others,” Deb told ANI.

Believe it or not, some of his political allies have even come to Biplab Deb’s defence. Tripura Governor Tathagata Roy said that there is some truth to his claims:

“Tripura Chief Minister’s observations about the happenings of the Puranic period are topical. It is virtually impossible to conceive of devices like ‘Divya drishti’, Pushpaka Ratha’, etc without some kind of prototype and study thereon,” Roy wrote on Twitter.

Earlier this year, Turkish academic Dr Yavuz Örnek, a lecturer at the Marine Sciences facility at Istanbul University, made a similarly outrageous claim on live television. Talking about the tale of Prophet Noah and the flood, he said that the biblical character must have used a mobile phone to convince his faraway son to board the ark with his family.