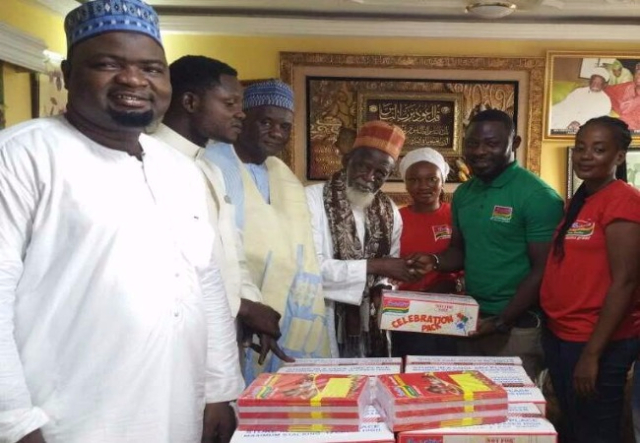 Instant noodle giant Indomie congratulated the Muslim community of Ghana for successfully completing Ramadan and wished them a happy and prosperous Eid-ul-Fitr.

Over 400,000 Muslims nationwide benefitted from this endeavour.

Mahesh Shah, General Manager of DUFIL believed that the prayers said during Ramadan go a long way to uphold the peace and development of the country.

According to him, the discipline and sacrifice associated with the period of fasting are good and worthy of emulation.

The support to the Muslim community climaxed last Friday when boxes of Indomie and Minimie Chin Chin along with exercise books and other merchandise were presented to the National Chief Imam Sheikh Osman Nuhu Sharubutu.

During the presentation, Belo Cida Haruna, Marketing Manager at DUFIL said Indomie has shown support and solidarity to the Muslim community every year.

The National Chief Imam said Indomie donated at an important time and added that “whoever gives charity in the month of Ramadan has a purified heart and that person or institution can never lack as it is the month of generosity”.

He urged Indomie to continue to be generous not only to Muslims but to the society at large.