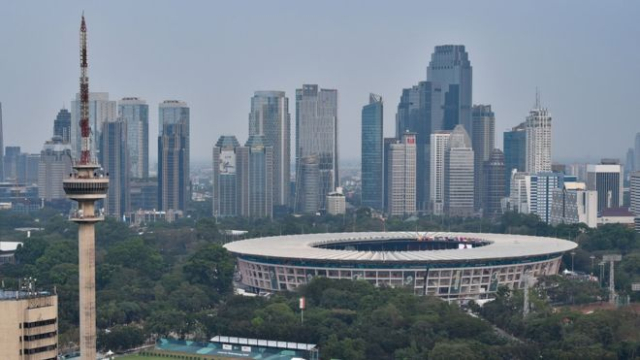 Indonesia is moving its capital city away from Jakarta, according to the country’s planning minister.

Bambang Brodjonegoro said President Joko Widodo had chosen to relocate the capital in “an important decision”.

The new location is not yet known. However state media reports one of the front runners is Palangkaraya, on the island of Borneo.

Jakarta, home to over 10 million people, is sinking at one of the fastest rates in the world.

The announcement comes after Mr Widodo declared victory in the country’s general election earlier this month, though official results will not be announced until May 22.

Why move the capital?

The idea of moving the capital has been floated several times since the country gained independence from the Dutch in 1945.

In 2016, a survey found that the mega-city had the world’s worst traffic congestion. Government ministers have to be escorted by police convoys to get to meetings on time.

There has also been a huge programme to decentralise government for the last two decades in a bid to give greater political power and financial resources to municipalities.

Jakarta is also one of the fastest-sinking cities in the world. 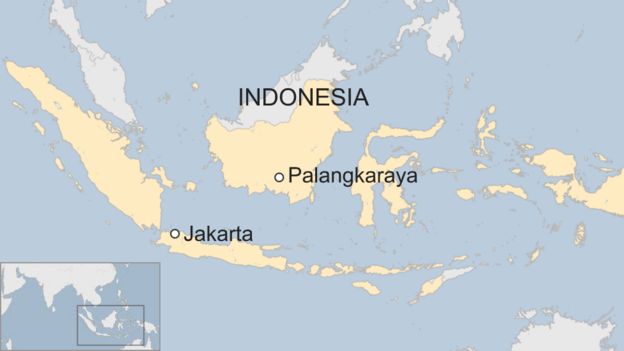 Researchers say that large parts of the megacity could be entirely submerged by 2050. North Jakarta sunk 2.5m (eight feet) in 10 years and is continuing to sink an average of 1-15cm a year.

The city sits on the coast on swampy land, criss-crossed by 13 rivers.

Half of Jakarta is below sea level. One of the main causes of this is the extraction of groundwater which is used as drinking water and for bathing.

What are the options?

In a closed cabinet meeting, three options were reportedly discussed and presented to the president.

One involved making a special zone for government offices inside the current capital; another was to move it to just outside Jakarta and the third, the one the president preferred, was to build a brand new capital on another island.

The chief candidate is Palangkaraya, hundreds of kilometres to the north-east in central Kalimantan – the part of Borneo that belongs to Indonesia.

It is geographically close to the centre of the archipelago and Indonesia’s founding father Sukarno proposed to make it the capital.

In Palangkaraya there is a mixed reaction to the idea of their sleepy city becoming the nation’s capital.

One high school student told the BBC: “I hope the city will develop and the education will become as good as in Jakarta. But all the land and forest that’s empty space now will be used. Kalimantan is the lungs of the world, and I am worried, we will lose the forest we have left.”

Mr Brodjonegoro said that the process could take 10 years. He told reporters after the meeting that if other countries could achieve it, so could Indonesia.

“Brazil moved from Rio de Janeiro to Brasilia near the Amazon, and look at Canberra it’s built between Sydney and Melbourne, and Kazakhstan moved their capital to closer to the centre of the country and also Myanmar moved to Naypyidaw,” he said.

The announcement comes after Mr Widodo vowed to spread economic development more evenly around the country. Indonesians are sceptical about their capital ever moving. They have heard this before and none of Indonesia’s six presidents have been able to pull it off.

But President Joko Widodo has achieved ambitious infrastructure building in his five years in office, so he may well be the man that finally does it.

Indonesia is an incredibly diverse nation made up of hundreds of ethnic groups living on thousands of islands. But economic development, national cultural identity and political power have always been dominated by the Javanese.

There has never been a non-Javanese president and most of Indonesia’s wealth is concentrated in Jakarta.

Indonesians living outside Java, particularly in the east, have long complained about being forgotten and neglected by the country’s leaders sitting in the sprawling capital.

Moving the capital out of Java would send a powerful political message that this is changing, if it happens.

DISCLAIMER: The Views, Comments, Opinions, Contributions and Statements made by Readers and Contributors on this platform do not necessarily represent the views or policy of Multimedia Group Limited.
Tags:
Indonesia
Jakarta
Joko Widodo