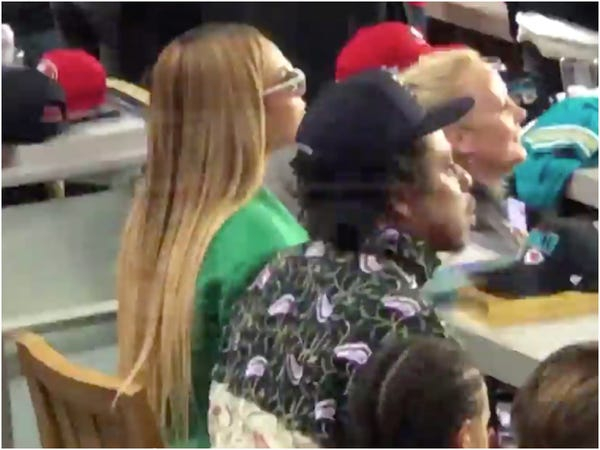 Jay-Z says he and Beyoncé were not staging a protest when they stayed seated during the US national anthem at the 2020 Super Bowl.

He says the couple were in “artist mode” when they didn’t stand while Demi Lovato sang The Star Spangled Banner.

It lead to speculation they were sending a message of support to former NFL player Colin Kaepernick who first kneeled during the anthem in 2016.

He was protesting racial injustice and has been without a team since 2017. 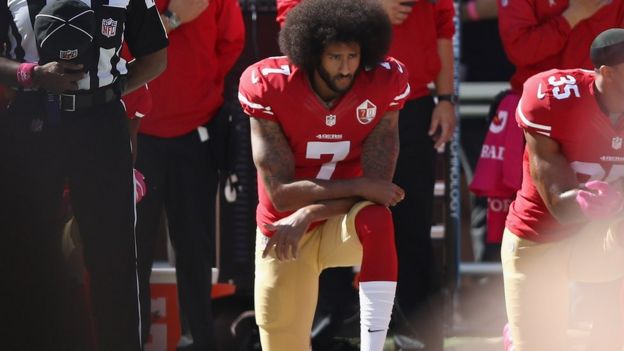 In a video, obtained by TMZ, Jay-Z and Beyonce can be seen sat down while others around them are stood during Demi’s performance.

But during a Columbia University lecture on Tuesday 4 February – two days after the Super Bowl – the rapper insisted it “just happened”.

In 2018 Demi Lovato was hospitalised after a suspected drug overdose.

“We were talking about how beautiful she looks and how she sounds and what she’s gone through in her life for her to be on the stage and we’re so proud of her,” he said. 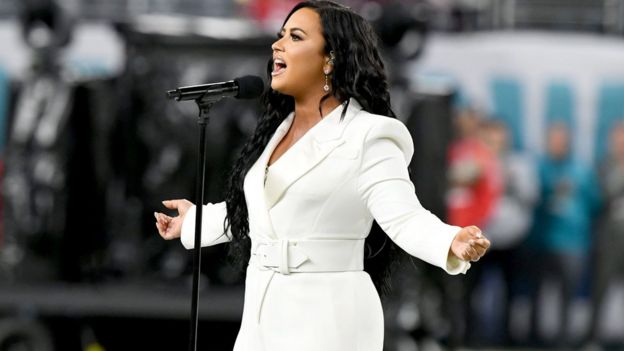 At the lecture, Jay-Z also explained that he produced all the musical performances at the Super Bowl as part of his deal with the NFL as its live music entertainment strategist.

He said he was also preoccupied wondering if the sound levels were too low and what the TV cameras were picking up.

Referring to Shakira and Jennifer Lopez performing the half time show, he said a “silent protest” from him was unnecessary as the diverse group of performers was “the biggest, loudest protest of all”.

When Kaepernick began protesting in 2016 it encouraged other players to do the same – but divided the country and sparked the anger of US President Donald Trump, who accused those kneeling of disrespecting the flag and called for them to be sacked.