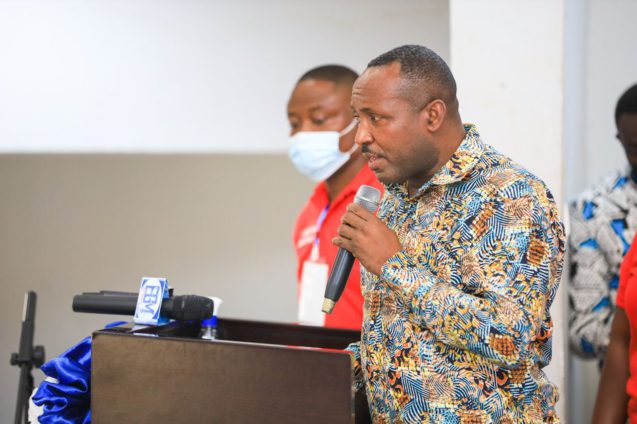 The General Secretary of the New Patriotic Party, John Boadu has said that the employment challenges confronting the country should be blamed on bad decisions taken by the erstwhile Mahama government.

According to him, the previous Mahama-led government agreed to some terms and conditions proposed by the IMF, which are inimical to the development of the country’s youth.

Speaking at the Volta Regional NPP Annual Delegates Conference in Ho, Mr. Boadu assured that the Akufo-Addo administration will tackle the employment deficit through industrialization.

“Yes, there are challenges with employment and it is because of what we inherited. If you have a government that cannot have integrity in its projects and programmes and you just surrender the country to IMF under such conditions that are inimical, particularly to the betterment of our youth for close to 5 years. Even the NABCO that we brought that has taken close to 100,000 people is not enough.”

However, the National Democratic Congress disagrees. The NDC believes the NPP administration could have done a lot in the five years that they’ve been in power.

He added that, John Boadu’s comment reveals that the NPP government “have no business being where they are.”

“This is a group of people who while in opposition in 2016, made several promises to the youth and people of this country that they were going to create sustainable jobs when elected.

Touching on the supposed terms and conditions imposed on the country by the IMF, Mr Gyamfi stated that, “the IMF programme we joined in 2016 didn’t have any conditionality about employment freeze.”

According to him, the programme was scheduled to end in the year 2017, “they rather came and extended it for another one year. In fact, they rather benefitted from the subsequent tranches of that facility.”

“So how can you come and extend a programme you claim is the reason for the high unemployment situation we have in the country?” he asked.