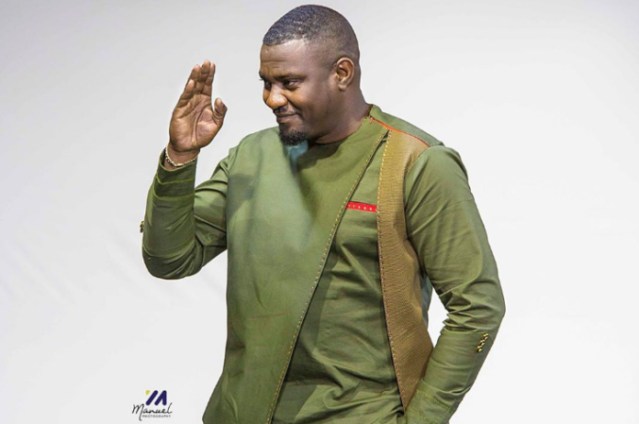 Actor and politician, John Dumelo has promised to donate 100 bags of cement to the paramount chief of Aflao, Togbui Amenya Fiti V, to complete the E-blocks in his area.

The NDC’s 2020 parliamentary candidate for the Ayawaso West Wuogon constituency made this known on his Twitter handle on Friday.

His promise came when a Twitter user sought his opinion on the President’s recent response to the Chief concerning the uncompleted E-blocks in his enclave.

“If the President is saying Togbe Fiti should complete it himself, no problem. I will donate 100 bags of cement to the Paramount Chief to start the completion process,” John Dumelo tweeted.

If the President is saying Togbe Fiti should complete it himself, no problem. I will donate 100 bags of cement to the Paramount Chief to start the completion process. https://t.co/Jy5JqlwWJB

Reacting to this promise, his followers heaped praises on him, applauding his benevolence and praying for God’s blessings on his life.

“Sure, Hon. God will bless your good work,” a user commented.

In an interview on Accra-based Peace FM on Thursday, President Akufo-Addo told the Aflao chief to complete the E-blocks if he’s frustrated.

The response from the President has since been greeted with a lot of criticisms, with many calling for an immediate retraction and apology.

According to some people, the President’s comment was in bad taste regarding what he said on live radio to go and complete the E-block project if he’s frustrated by the slow pace of work.

The North Tongue MP, Samuel Okudzeto Ablakwa, is one of those aggrieved over the comment.

The E-block project is an infrastructural initiative started by the erstwhile John Mahama administration to provide structures for secondary school education across the country.