Jordan Anagbla: I am intelligent than all sports journalists 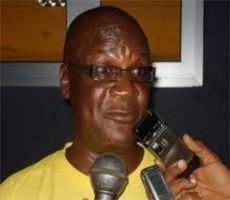 The vice president of the Ghana Football Association has condemned all the country’s renowned sports journalist for not being professional interviewees.

The FA’s second in command questioned the intelligence of one of the country’s sport journalists when he tried to clarify a story attributed to the football administrator.

He said journalist read a story on a website claiming the FA vice had confirmed the sacking of Black Stars coach Goran Stevanovic and wanted clarification on the story to enable him re-echo the message to his listeners.

“You saw the story on the site why then do you call me? Try call the writer, you seem not to have any conscience and I think you are insane” he told the sports journalist.

Jordan reiterated his words on “Asempa FM” confirming he is still intelligent than any sports journalist of this country and that none of them can set any agenda against him as an individual, he said this, when contacted on the Phone.

He also denied the claim by the embattled Black Stars coach Goran Stevanovic’s lawyer Zoran Andic that during their meeting with Goran he made a comment that the FA cannot guarantee the safety of the coach if he continue to stay in this country.