Antonio Conte begins his reign as Chelsea manager tomorrow and one of the biggest dilemmas is how the Italian can squeeze Cesc Fabregas into his lineup without heavily exposing the team.The Spaniard appears incapable of operating in a two-man midfield at the highest level and with Conte seemingly considering a 4-2-4 formation, that could leave the 29-year-old out of favour.Jose Mourinho was a big fan of the former Barcelona star and could look to strengthen his midfield by linking up with Fabregas once again in Manchester. 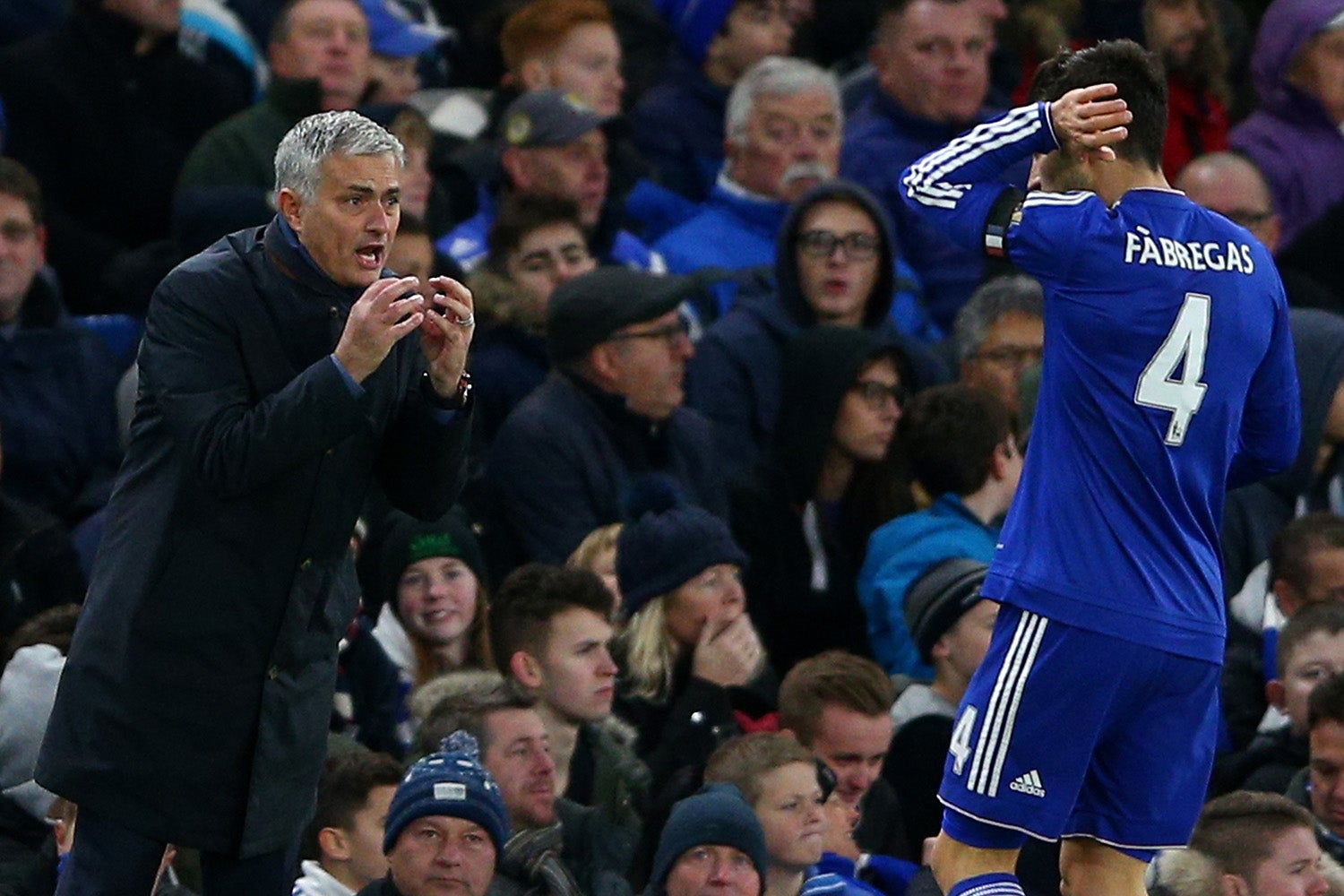 AND CHELSE EDGE CLOSER TO KANTE

Chelsea will pay £29 million to sign midfielder N'Golo Kante from Leicester City amid serious competition from a Chinese club.After a breakout 2015-16 with the unlikely Premier League champions, Kante, who had reportedly been offered a new £100,000-a-week deal to stay at Leicester, has been in the sights of some of Europe's biggest clubs, including Real Madrid.

Arsenal are interested in signing Gonzalo Higuain from Napoli.No offer has been forthcoming from the Gunners, but say "intermediaries" have been in contact with the Argentina striker's brother who acts as his agent.Higuain – top scorer in Serie A last season with 36 goals – would cost Arsenal a club record fee. That has led to speculation in Italy that Giroud may be used as part of a player-plus-cash deal.

Arda Turan has no intention of leaving Barcelona this summer. That’s according to his agent, who has seen the Turkish midfielder linked with a big-money summer move for the second successive summer.Turan joined Barca from Atletico Madrid 12 months ago, and went six months without playing at Camp Nou.He then struggled to get into the team on a regular basis afterwards. “The interest [in Arda] is normal but the rumours saying he is leaving Barcelona are false, he is happy at the club.

Ajax have confirmed striker Arkadiusz Milik is not for sale, despite reports linking him to Everton.Milik was, according to local media reports, attracting interest from Everton, but the Dutch giants have released a statement insisting they have an agreement with the 22-year-old to stay in Amsterdam."Ajax and Arek Milik have mutually agreed that the striker, during the current transfer window does not transfer to another club," the club said in a statement on its website."Trainer Peter Bosz attach great importance to keeping last season's top scorer."The Polish international has an ongoing contract with Ajax until July 1, 2019, but is clearly in the interest of several foreign clubs."

Barcelona have confirmed the signing of Paris Saint-Germain left-back Lucas Digne on a five-year deal.The 22-year-old spent last season on a successful loan deal at Serie A's Roma and had been expected to move there permanently.But Barca have sealed the Lille-trained player's services in a deal worth €16.5m, with a potential €4m add on.

WOLFSBURG TURN THEIR ATTENTION TO ZAZA

Wolfsburg have turned to Juventus attacker Simone Zaza after missing out on new Tottenham Hotspur signing Vincent Janssen. Zaza, 25, currently tops the Bundesliga club's wish list as they seek to reinforce their attack ahead of the 2016-17 season.The Italy international was linked with Wolfsburg in January, but stayed at Juve, for whom he has only started one league game in 2016.Zaza has now been singled out as Wolfsburg's priority target after Janssen opted to join Tottenham from AZ Alkmaar, instead of moving to Germany. 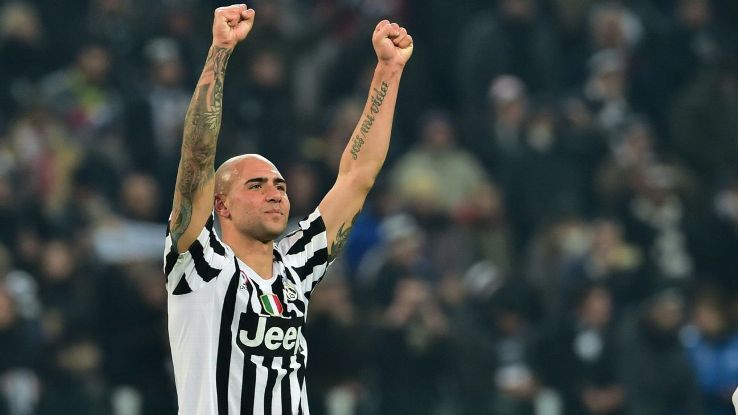 Done deal at Monaco as the Ligue 1 side sign Roma goalkeeper Morgan De Sanctis on a one-year deal.

Manchester City are set to make John Stones the most expensive defender in the world. City are apparently prepared to hand out £53 million to Everton in order to bring the England international to the Etihad Stadium. 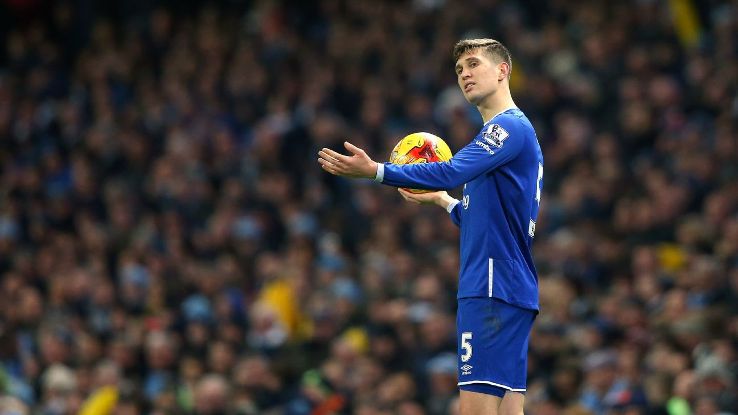 Atletico Madrid are in the market for a new striker this summer and apparently are keen on Sevilla’s Kevin Gameiro.Sevilla want €40m to part with the Frenchman, who is interested in a move to join Diego Simeone’s men.He doesn’t want a move to Barcelona, as he only wants to play week-in, week-out – having grown frustrated as a bit-part player at PSG previously. 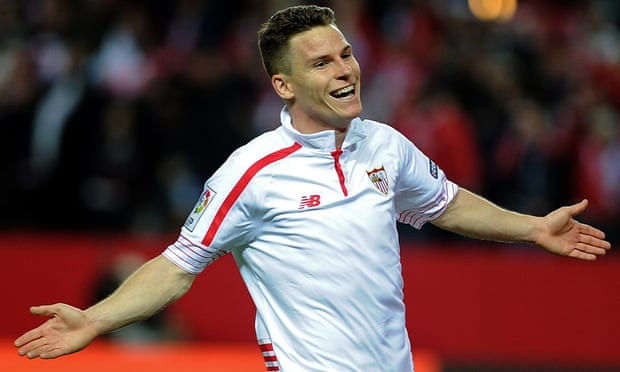 Everton have highlighted Newcastle midfielder Georginio Wijnaldum as one of their key transfer targets before the start of the forthcoming season.The Toffees' transfer committee met earlier this week and pinpointed the 25-year old as a vital part of Ronald Koeman’s new-look midfield, with the Dutchman having reportedly been keen on signing him when manager of Southampton.It’s understood Everton have made tentative inquiries to Wijnaldum’s representatives regarding the player’s situation at St James’ Park. Sevilla are set to sign one-time wonderkid Paulo Henrique Ganso from Sao Paulo, figures at both clubs have confirmed, while Palermo's Franco Vazquez is also close to a move to the Estadio Sanchez Pizjuan.Sevilla have apparently had an €8 million bid turned down for the 26-year-old but reports suggest a €9.5m bid will be accepted, once issues in his ownership involving third-party investors DIS are sorted out.

Everton are interested in signing Sevilla striker Fernando Llorente..Sevilla are thought to be willing to let Llorente leave the Ramon Sanchez Pizjuan this summer after he failed to nail down a regular starting spot in Unai Emery’s side last term.Former Juventus frontman Llorente scored eight goals for Los Rojiblancos last season, helping them win the Europa League for a third successive year, but he could be interested in a move in search of regular first-team football.

Barcelona outcast Cristian Tello is set to join Fiorentina after rejected potential moves to Liverpool and Swansea.The 24-year-old spent half of last season on loan at Fiorentina, making 15 Serie A appearances, scoring two goals.With the opportunity to remain at the Nou Camp seemingly unfeasible, Tello is reportedly determined to return to Italy after his successful loan at the Viola under Paulo Sousa.

MORATA OUT, BENZEMA IN?

Juventus have lined up Real Madrid hitman Karim Benzema as a possible replacement for Alvaro Morata.Juve sold Morata to Madrid earlier this summer when the European champions activated a buy-back clause, and they are now considering raiding the Bernabeu for his replacement.Juve had lined up Alexis Sanchez as their first-choice target, but they have found it difficult to prise the Chilean away from Arsenal and Juve are considering making a move for Benzema, although Madrid are unlikely to be willing to part company with the Frenchman.