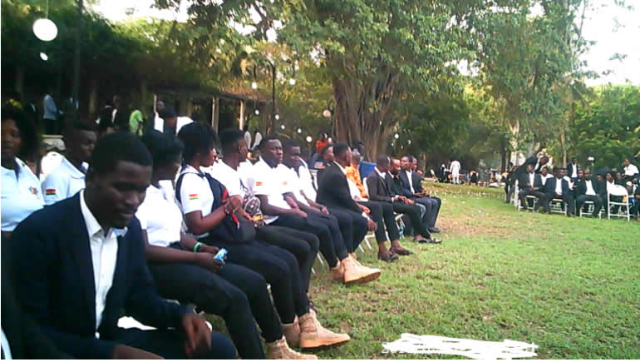 The National Media Commission last week gave a ruling on a petition brought against JoyNews in respect of the ‘Militia in the heart of the nation’ documentary. After the ruling, AM Show Host, Kojo Yankson has asked a number of questions.

1. How did De-Eye come to be resident at the Osu Castle

2. Who gave them permission?

5. Was there a competitive tender?

6. Which other persons/companies bid?

7. What made government choose him in particular

8. How much were they paid?

9. What was the duration of the contract?

10. How many cars did he retrieve and from whom?

12. Are those national security operatives still employed by the state?

14. What happened during the period that Aviance cargo village was under the control of De-Eye Group?

15. Was any contraband (drugs, weapons etc) brought into the country during that time?

16. Has an investigation been launched into the events that transpired during this time that the cargo village was not under state control?

17. What is the progress of the investigation, if there is one?

18. Why were there no arrests when national security launched the operation to regain control of the cargo village?

19. When exactly were De-Eye Group evicted from the Osu Castle?

20. Why were the evicted illegal occupants allowed to have a party at the castle after their supposed eviction?

21. Why was the group allowed to advertise themselves as a security company when they had no license to do so?

22. When will they be prosecuted for that?

24. Are we tracking and monitoring this group which has shown it is capable of overpowering a team of National security operatives and assuming control of state facilities?