Jussie Smollett to appear in court on renewed felony charges 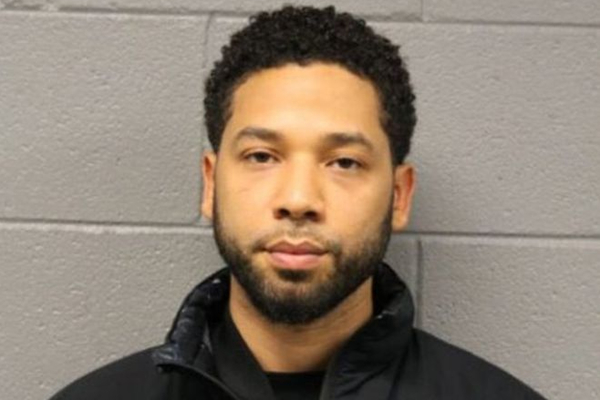 “Empire” star Jussie Smollett will once again appear in a Chicago court Monday on renewed felony charges for allegedly staging a hate crime.

Smollett, 37, was indicted for a second time Feb. 11 on six counts of felony disorderly conduct after a special prosecutor assigned to reinvestigate the case decided it was “in the interest of justice” to bring the renewed charges against him.

He’s scheduled to be arraigned before Judge LeRoy K. Martin Jr. at 9:30 a.m. at the George N. Leighton Criminal Courthouse and could either be released on his own recognizance or held on bail.

Last January, Smollett told police he was beaten and doused with bleach in a racist and homophobic hate crime, but investigators soon discovered he’d allegedly made the whole thing up as a means to advance his career.

He’s been accused of paying two brothers $3,500 to stage the attack.

Smollett was slapped with 16 counts of felony disorderly conduct for making false statements to the Chicago Police Department, but charges against him were dropped with little explanation by the Cook County State’s Attorney office that March.

Chicago’s mayor at the time, Rahm Emanuel, fumed the decision to drop the charges was a “whitewash of justice.”

Soon after, retired appellate judge Sheila O’Brien petitioned the court to appoint a special prosecutor to reopen the case and examine why charges against Smollett were dropped.

The case was invalid from the moment it left the CPD’s hands because of a series of ethical blunders made by Chicago’s top prosecutor, Kim Foxx, Toomin ruled.

The judge said Foxx’s largest mistake was announcing that she’d recuse herself from the case after exchanging texts with Smollett’s family members.

Instead of appointing a special prosecutor to take over, she named her first deputy Joseph Magats to act in her stead.

The move made invalid the entire state’s attorney investigation and their decision to drop charges against Smollett, Toomin wrote in his ruling.

The judge then appointed former US Attorney Dan Webb to act as special prosecutor last August. About six months later, Webb announced the new felony charges against Smollett, and said his investigation into Foxx’s handling of the case is ongoing.

When Smollett was first charged, they vowed to go to trial and refused to consider a plea deal.

If convicted, Smollett faces one to three years in prison, mandatory community service and a $25,000 fine.