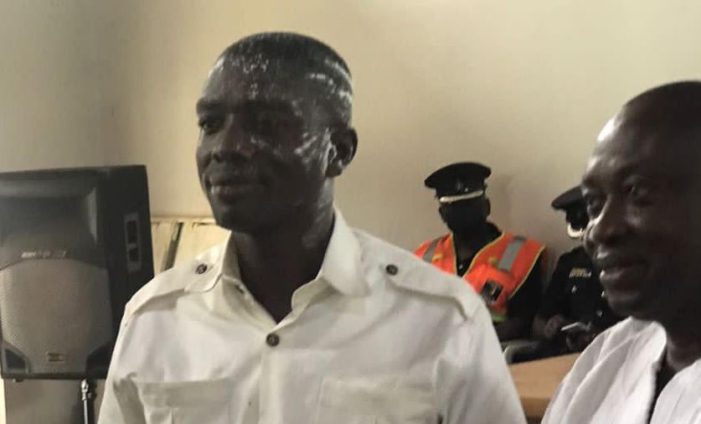 Assembly Members of the Kintampo North Municipal Assembly on Tuesday confirmed Isaac Baffoe Ameyaw who is the President’s nominee for the Municipal Chief Executive (MCE) position.

The nominee had 100% yes votes with all 64 votes cast made up of 45 elected and 19 government appointees approving his nomination in an election conducted at the Kintampo North Municipal Assembly hall.

Mr Ameyaw, age 47, is a businessman and holds a Bachelor of Business Administration degree from the Methodist University of Ghana.

Before his appointment, he was the Managing Director of Isaac Baffoe Ameyaw Enterprises and had also been the Financial Extension Officer for the Microfinance and Small Loans Centre (MASLOC), Kintampo.

In his acceptance speech, Mr Ameyaw pledged to serve without discrimination and create an enabling environment to promote all-inclusive administration to ensure the speedy progress of the Kintampo North Municipality.

He noted that “unity is a tool for national development and therefore  remaining united as a people will include making way for grassroot participation in decision-making process, to help improve the local governance system”.

He was thankful to the President, Nana Addo Dankwa Akufo-Addo for the opportunity to serve the people of Kintampo and promised to work tirelessly to boost the implementation of the government’s flagship programmes and policies for a more positive impact in the lives of the people.

Bono East Regional Minister, Kwesi Adu Gyan urged the new MCE to discharge his duties with diligence by working according to laid-down procedures through mutual understanding while adding that “you must do so together with the Assembly members who are representatives of the people”.

He further commended the Assembly Members for the display of non-partisanship during the confirmation of the MCE and assured them of the Regional Coordinating Council’s commitment towards providing them with the needed support to help improve the area.

Also present at the function was the immediate past MCE for the area Michael Sarkodie Baffoe, the Member of Parliament for Kintampo North, Joseph Kwame Kuma amongst others.