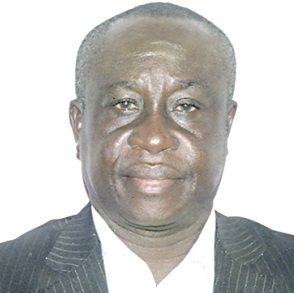 Joseph Kwasi Asuming, the Chief Executive of the Bosomtwi District Assembly has promised to collaborate with the Ashanti Regional Minister, Simon Osei Mensah and Member of Parliament for Bosomtwi Constituency, Dr Yaw Osei Adutwum to bring development to the area.

Speaking after receiving a 100% approval from the assembly to continue as DCE for the area, Lawyer Asuming as he is known in the area said that his administration will be anchored on unity.

He believes that an affective collaboration among political and traditional leaders in the country will draw development to the constituency.

Lawyer Asuming said that developing the road networks in the district will be a focus of his second term as DCE.

He expressed gratitude to President Nana Addo Dankwa Akufo-Addo for the confidence imposed in him and promised to deliver.

“One of the biggest challenges here which we have received assurances that it will be fixed is the road. Myself, the MP and regional minister and working on fixing the road so it’s one of the things I will be focusing on. We will improve the road network and also create employment opportunities here,” he said.

He was appointed as the District Chief Executive by President Nana Addo Dankwa Akufo-Addo in May 2017.