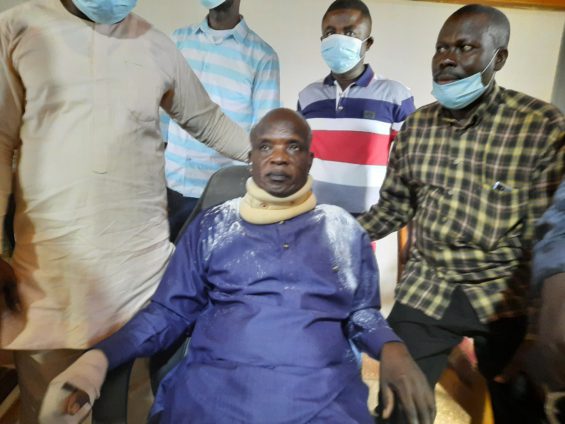 The President’s nominees for the Sunyani West Municipal Assembly, Evans Kusi Boadum and Berekum West District, Dominic Oppong, have been confirmed after securing an overwhelming endorsement from the assembly members.

Kusi Boadum had 69% of votes cast while Oppong pulled 100% from the assembly members in the secret poll.

The confirmation exercise at Odumase and Jinijini respectively took place under tight security of a combined police and military personnel and was supervised by the Bono Regional minister, Justina Owusu Banahene.

The appointment of Metropolitan, Municipal, District Chief Executives (MMDCEs) is the sole preserve of the President, and per the 1992 Constitution, announced the 260 nominees on September 19, 2021.

In the Bono region, 12 individuals including one female, are expected to be confirmed after the prior approval of not less than two-thirds majority of members of the assembly present.

And KusiBoadum was the first to be confirmed in the region followed by Oppong.

At the Sunyani West Assembly hall, 55 assembly members, made up of 38 elected and 17 government appointees voted. 38 voted yes to approve the president’s nominee with 69%.

KusiBoadum, who is also the constituency chairman of the NPP in Sunyani West, thanked the President, Nana Akufo-Addo, for the honor done to him and promised to work hard to address the specific concerns of the electoral areas in the municipality.

“I will immediately meet the assembly to get to know the programs and projects adopted so we can work on them. Every electoral area has a peculiar challenge. While one will be concerned about roads, another would want schools, and we would work together to address them”, he assured after his confirmation.

At the Presbyterian Church at Jinijini, all 27 assembly members also voted yes to endorse the President’s nominee, Dominic Oppong, for Berekum West.

Oppong said his massive endorsement confirms the unity at the assembly and further requested their support for the development of the district.