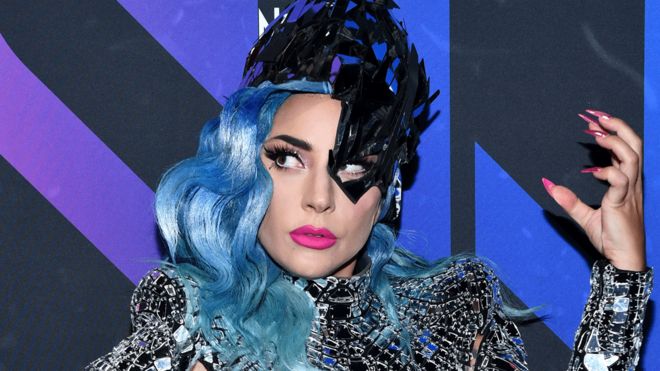 Lizzo, Billie Eilish and Sir Elton John will perform at a TV concert curated by Lady Gaga, which will celebrate health workers amid the coronavirus crisis.

Gaga, along with the group Global Citizen, has already raised $35m (£28m) for the World Health Organisation (WHO).

The funds will buy protective equipment for health workers and support efforts to develop drugs and vaccines.

Gaga also announced she had co-curated a concert to recognise health workers’ efforts in fighting Covid-19.

One World: Together at Home, which will also feature Sir Paul McCartney and Stevie Wonder, will be live-streamed in the US and screened on BBC One in the UK.

Speaking at a press conference on Monday, Gaga said she wanted to stress the “deep gratitude” she and many others felt towards the medical community for their work in fighting the coronavirus pandemic.

“My heart is very achy and warm for those who are ER doctors as well as nurses who are sleeping in cars to make sure they don’t infect their families or their patients,” said the singer, whose real name is Stefani Germanotta.

“What you are doing is putting yourself in harm’s way to help the world and we all salute you.”

She continued: “What’s very important is three things happening for all of us. That we celebrate and we highlight the singular kind global community that is arising right now.

“Two, we want to highlight the gravity of this historical, unprecedented cultural movement. And three, we want to celebrate and encourage the power of the human spirit.”

Hosted by US talk show hosts Jimmy Fallon, Jimmy Kimmel and Stephen Colbert, One World: Together at Home will go out on 18 April across TV networks in the US.

It will also be streamed on social media platforms including YouTube.

Given the current guidelines on social distancing, performers will appear remotely, but full details of the logistics have not yet been announced.

In the UK, BBC One will show highlights from the concert the following day, which will include exclusive performances from UK artists and interviews with frontline health workers.

Lorna Clarke, Controller of BBC Pop, said: “I’m thrilled that BBC One is to broadcast coverage of this very special event, featuring some of the world’s most loved musicians, to show support to care workers all over the world at this challenging time.”

Lady GaGa has made clear that One World was not a fundraising telethon and would focus on entertainment and messages of solidarity.

“Put your wallets away… and sit back and enjoy the show you all deserve,” said the singer.

The singer said she and Global Citizen, a social action platform, had raised the $35m in the last seven days.

Gaga joins a growing number of celebrities trying to do their bit to help in the fight against the virus.

In the UK, former Beautiful South singers Paul Heaton and Jacqui Abbot will play a free show in October for NHS staff working on the frontline of the coronavirus pandemic.

Liam Gallagher has even floated the idea of a one-off Oasis reunion in aid of frontline workers.

“Sick of pleading, begging, etc,” he wrote on Twitter in a message apparently aimed at brother and former bandmate Noel. “I demand an Oasis reunion after this is all over, all money going to NHS. C’mon, you know.”

Italian tenor Andrea Bocelli has announced he will give a solo performance at the Duomo di Milano, the cathedral of Milan, in Italy on Easter Sunday. It will be streamed on his YouTube channel.

A few days after the One World event, the BBC will broadcast its own Covid-19 morale booster and fundraiser called The Big Night In.

The live show on 23 April will feature celebrities including Peter Kay, Catherine Tate and Gary Barlow and will include “big surprises, money can’t buy prizes and live music performances (from the artists’ homes)”.

The show is being put on in partnership with the BBC’s charitable partners Children in Need and Comic Relief but the names of those taking part are yet to be revealed.