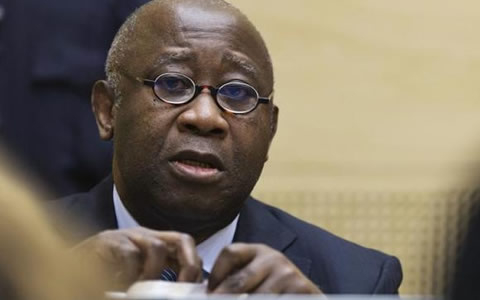 The trial of former Ivory Coast President Laurent Gbagbo for crimes against humanity is set to begin at the International Criminal Court (ICC).

He faces charges relating to the country's civil conflict that erupted after he lost elections in 2010.

Both Mr Gbagbo and his co-accused, former militia leader Charles Ble Goude, say they are innocent.

"The trial is an opportunity for reconciliation," Mr Gbagbo's lawyer Emmanuel Altit said. "It is for this reason that he awaits it with confidence."

A lawyer for Mr Ble Goude, who is accused of organising attacks on opposition supporters, described his client as a "man of peace".

Mr Gbagbo sparked a crisis in Ivory Coast after he refused to step down following his loss to Alassane Ouattara in the 2010 presidential vote.

Some 3,000 people were killed in the civil conflict that ensued, with Mr Gbagbo holing up in the presidential palace.

He was arrested in April 2011, by forces loyal to President Ouattara backed by French troops, and later in that year extradited to The Hague.

It will be the highest-profile trial yet for the ICC, which has only convicted two Congolese warlords since its establishment in 2002.

His supporters accuse the ICC of overlooking alleged crimes by Mr Gbagbo's opponents, many of whom are now in power.

But this was rejected by Ms Bensouda, who said investigations into the pro-Ouattara camp had been "intensified".

The ICC has been accused by some in Africa of unfairly targeting the continent.

An attempt to prosecute Kenyan President Uhuru Kenyatta over post-election violence failed amid allegations witnesses had been intimidated.

This week however the ICC authorised an investigation into possible war crimes committed during the 2008 conflict between Russia and Georgia – the first inquiry into a conflict outside Africa.