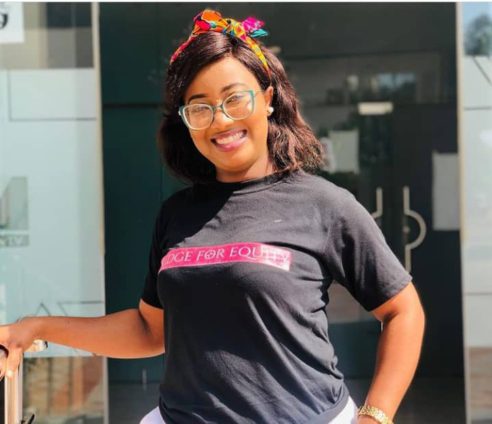 Gender advocate and founder of Bridge for Equity Ghana, Lilipearl Baaba Otoo, has been selected to represent Ghana in Windhoek, Namibia at the 4th Capacity Training Workshop Organised by the Africa Union Centre for Women and Girls’ Education (AU/CIEFFA)

She, together with 50 other participants representing their various countries in Africa were selected out of over 3,000 applicants.

They will be taken through intensive training on gender intelligence and will be assisted in acquiring competencies and skills in advocacy, leadership and legal literacy.

The training sessions will introduce concepts on gender stereotyping, the AU/CIEFFA Third Strategic Plan and its link to Gender Intelligence; as well as the importance of data in their engagement efforts, at respective policy and community levels.

In an interview with Lilipearl, she noted that “this opportunity is one of many dreams come true because as a gender advocate one of my headaches has been how to upgrade myself and evolve with the changing times and era we find ourselves in in order to become a better advocate and liberate more women and girls.

“I like the fact that this workshop is not just for women, but there is focus also on bringing men on board to properly understand the urgency of gender advocacy and why it is important for them to join the movement.

This opportunity, she believes will provide her the requisite skills to advocate against Sexual and Gender Based Violence and the proper way to integrate teen mothers into society.

Lilipearl is bent on creating safe spaces for women and girls and encouraging men to become advocates instead of perpetrators.

“Isn’t it strange that we are more than half of men in the world yet because of lack of empowerment, we work so hard but earn so little. I’m not talking just in terms of money. I’m talking in terms of education, liberation and independence. The gender gap has serious repercussions on the economy. Gender gaps cost the economy some 15 percent GDP.

“This is why we need to educate men that the gain of gender equality is for both parties and not just women. Men need to understand that being powerful and having power are two different things. People who have power abuse it and that is what we see in the men who abuse women. Power is handed to you. But when you are powerful, it is innate and absolutely no one can take it away from you. And that is the realization we want women to come to. It is not a competition. It is a commission to ensure that every woman is free from abuse and intimidation and this can only happen when a woman is empowered”.

The workshop presents an opportunity to strengthen the existing platform and network of young influencers comprising of teachers, journalists, gender advocates and STEAM advocates who can effectively champion girls and women’s education and support AU/CIEFFA in the implementation of its mandate in the 55 AU Member States.