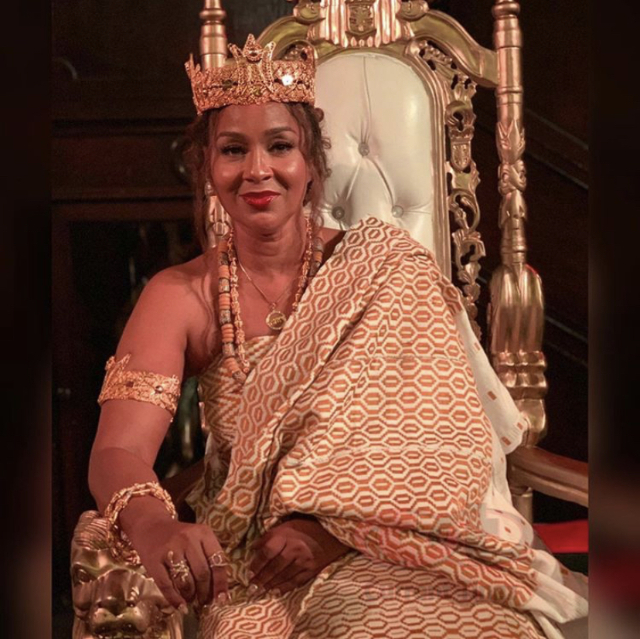 Lisa Raye was crowned queen mother of Kyidom Traditional Area. The enstoolment ceremony was held yesterday, the day before her birthday, at the Cicada Restaurant and Club in downtown Los Angeles.

Enstoolment, or installation, is one of the last great African tribal traditions. It was started in the 17th Century by the Ashanti people of Ghana. McCoy will reign over Ghana’s Central Region.

The Chicago native earned her new regal title for her humanitarian efforts over the years and was handpicked by the Paramount Chief of Agona Kwanyako, the chiefs, and the entire Kyidom Traditional Divisional Councils.

“This honor is beyond my wildest imagination,” she said. “I plan to do all that I can by using my platform to bring positive attention to this region. I will serve humbly.”

The actress continued, “I’ve had lots of accomplishments in my life, personally and professionally, but I didn’t get to this point alone. It’s taken a great team of people along the way.

“To have such an honor bestowed upon me by my own African people is a testament to my hard work and character. It’s like a dream coming true before my very eyes.”

Queen Mothers have a lot of influence and social power over the local government.

Lisa Raye is no stranger to being the head woman in charge.

She is the former First Lady of Turks and Caicos from a previous marriage. So she’s more than ready to assume her royal position.

DISCLAIMER: The Views, Comments, Opinions, Contributions and Statements made by Readers and Contributors on this platform do not necessarily represent the views or policy of Multimedia Group Limited.
Tags:
Cicada Restaurant & Club
Lisa Raye
Los Angeles