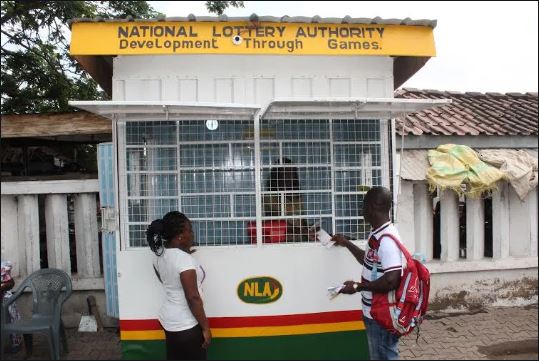 Three lotto winners, who are yet to be paid, massed up at the offices of the National Lottery Authority (NLA) in Tamale and threatened to visit mayhem on the Regional Sales Manager of the Authority.

The three demanded that the NLA paid them immediately and when the Regional Sales Manager was not able to pay them, they took him, hostage, in a life-threatening manner leaving the Manager to continually plead with them not to harm him.

It took the intervention of other staff members of the NLA and the Police Officer on duty there, who rushed to the Office of the Regional Sales Manager, to rescue him.

The three men said they believed that the NLA were liquidated hence its inability to pay their wins, some of which dated back to August, 2020.

They promised to return early next week to visit mayhem on the Regional Sales Manager if they did not receive payment immediately.

It will be recalled that on January 25, this year, the Lotto Marketers Association in the Northern Region held a press conference in Tamale where they stated that NLA had failed to pay big ticket wins since April, last year leaving winners in total misery and financial difficulties.

An official document of the NLA, sighted by the Ghana News Agency, showed that the total outstanding lotto wins in the Northern Region since August 12, 2020, amounted to GH¢ 219,640.00, which the NLA was yet to pay to the winners.

DISCLAIMER: The Views, Comments, Opinions, Contributions and Statements made by Readers and Contributors on this platform do not necessarily represent the views or policy of Multimedia Group Limited.
Tags:
National Lottery Authority
Northern region