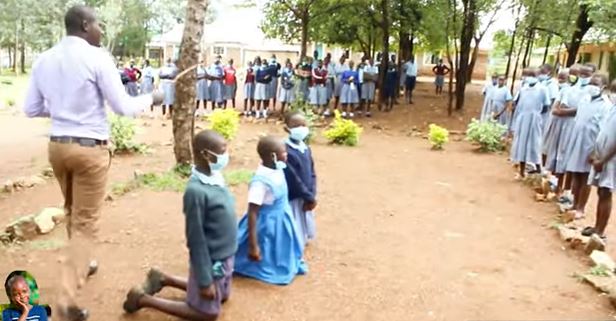 A young Kenyan girl named Bridget Bema recently caught the attention of social media users after a video of her being called out for multiple offences in her school went viral on social media.

In the viral video, a Kenyan school administrator was seen calling out the names of the school kids who have committed a number of offences in school.

Who is Bridget Bema?

Bridget Bema is a Kenyan content creator who is also the younger sister of rising Kenyan comedian, YY.

Bridget Bema is also regarded as a child comedian in Kenya.

Born on November 10, 2011, the adorable 9-year-old often appears in comedy videos with her brother.