Message from the Morning Man: Pyoto-Rico 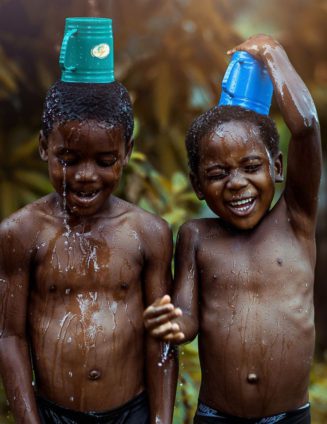 I bumped into a childhood friend of mine over the weekend. He’s not much older than me, and we always have interesting conversations when we meet. When we were kids, I was enthralled by him. He had the wildest imagination I’d ever encountered.

I could sit and listen for ages as he painted vivid pictures of the amazing things we would do when we grew up. We would be racing car drivers, whizzing across the racing tracks of Europe, with hot girls cheering us on.

We would be secret agents, travelling the world on missions to bring down bad guys and save the hot girls. We would be scientists, working on a secret project to save the world and – yep, you guessed it – wow the lab-coat-wearing hot girls. Lots of crazy dreams and lots of hot girls.

My favourite daydream was of us both being rappers in a group called Pyoto-Rico (he was Pyoto, I was Rico). Yeah, we had lots of fun with that one. But that’s another story for another day. Beneath all the wild fantasies, my friend’s real dream was to become a sports presenter.

That was a dream he kept coming back to. He would imitate the CNN sports desk anchors and talk about football and tennis and horseracing… The guy was really good, actually.

As we caught up on each other’s lives in our recent encounter, I asked him what became of his recurrent childhood dreams of becoming a sports presenter. “Oh it’s too late for that now”, he said. Just look where the world’s great presenters are now. And look at where I am. How can I ever catch up with them?”

My friend’s words really disturbed me. This was Pyoto, for goodness sakes! Nothing was impossible for him! He was the most unrestricted dreamer I had ever known. His imagination could take him anywhere. Why was he talking like this?

When will I know all the road signs and safety rules?” I wished I could know just half of what my dad knew about driving (It was thoughts like that which probably led me to steal his car for the first time when I was only thirteen years old… but again, that’s another story for another day).

Anyway, my point is, sitting in the back of my dad’s car and watching him drive, it seemed like it would take an eternity to get where he is, to know what he knows. This is probably how we all feel when we look at our role models. We see achievements that are beyond our reach.

But the truth is that all those great achievers we look up to, all those giants we stand in awe of, well, they all started somewhere.

The person whose wedding you attended was once a chief bachelor or spinster. The simple truth about life is that it’s not about where you are today but where you can be tomorrow.

Now, I do realise that some of you may be hearing this in your beds, in your showers, in your cars, and thinking, well, that’s all fine and dandy, but I’m turning forty this year. The dream ship has sailed. Well, what if I told you that Henry Ford didn’t start the Ford car company until he was forty?

Or that Asa Candler was 41 when he started Coca Cola? Or that Ray Croc was 52 when he founded McDonalds? And guess how old Colonel Harland Sanders was when he started KFC: 62 years old! Two years past retirement, and it still wasn’t too late for a man and his fried chicken recipe to take over the world. So please believe me when I tell you that it’s not too late for you.

I still look forward to the day I’ll see my friend Pyoto on one of the Supersport channels, announcing that Swansea beat Arsenal.

Again. And I look forward to all the young men and women who share their dreams with me, taking over the big morning shows on radio, and writing the next big bestsellers. I look forward to every single one of you who ever had a dream, waking up one day, punching the air and shouting, “YESSSSSS! I MADE IT”

My name is Kojo Yankson, and as long as I’m still trying, it’s never too late for me.

DISCLAIMER: The Views, Comments, Opinions, Contributions and Statements made by Readers and Contributors on this platform do not necessarily represent the views or policy of Multimedia Group Limited.
Tags:
Kojo Yankson
Message from the Morning