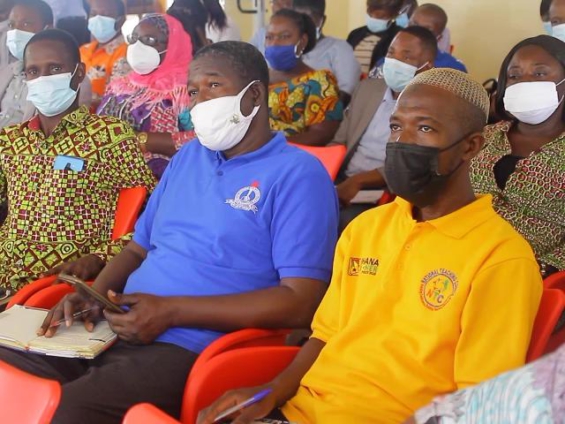 The use of tricycles has become a huge business for some basic school pupils in the Cape Coast Metropolis. Many of their number are said to be staying away from school as a result.

Educational authorities have expressed worry at the development and want some solutions to turn the tides.

The situation, they say, is affecting the performance of the metropolis in terms of educational outcomes.

At a stakeholder engagement to deliberate on the issue and look for solutions, the metro director detailed her various encounters with some of these teenagers on the streets during her rounds in schools in the Metropolis.

She stated, “they register the BECE and they don’t come to school thereafter.  The last time they wrote the BECE, I went round almost all the Junior High Schools and I saw some of them are riding ‘pragia.’”

She intimates, she quizzed some of them to know why they don’t go to school but are engaged in the tricycle business.

She stated, the nonattendance of these school pupils is creating challenges for the schools in terms of discipline.

Brenda Opare believes there could be a way round it and teachers could play an active role to deal with the challenge.

Cape Coast Metro Secretary of the Ghana National Association of Teachers, Albert King Annum Odoom indicated the rate of indiscipline in the schools was becoming an albatross on the neck of teachers and called for stringent measures to tackle the challenge.

“In this era of child rights, it’s become so difficult for administrators and teachers to tell students that because you have absented yourself from school for some unreasonable period, we won’t allow you to take part in the exams. And these children have been emboldened by their parents such that their parents could walk to the school and insult teachers for punishing their wards,” he stated

Mr. Annum revealed capitation has been in arrears for some time now and school authorities have had to device ways of ensuring the running of the schools. “And so, things have become very difficult for the schools,” he added.

Director-General of the Institute for Educational Planning and Administration, Dr. Mike Boakye-Yiadom assured the IEPA would build the capacity of the leadership of the schools to enable them deal with the challenges.

Dr. Boakye-Yiadom indicates the IEPA has a mandate to support the capacity strengthening of staff within the Ministry of Education and all its agencies including the Ghana Education Service and they would build the capacity of educational administrators and heads of schools in the Cape Coast Metropolis to deal with the challenges they are going through.

“The heads know are versatile in their roles already and we will do is to support them to do it better so that we support our students and build relationships with our students towards their performance and that’s the commitment the IEPA at the University of Cape Coast has made to the Ministry of Education and the Ghana Education Service,” he explained.

A senior Research Fellow of the Institute for Educational Planning and Administration, Dr. Alfred Ampah-Mensah, warned the stress on academic laurels at the expense of values and moral upbringing of children in our schools should be checked.

“We are concentrating on people getting 8As without also focusing on upholding the morals of society. The sort of things that are happening are the sort of things we would be getting if we don’t change the narrative,” he advised.