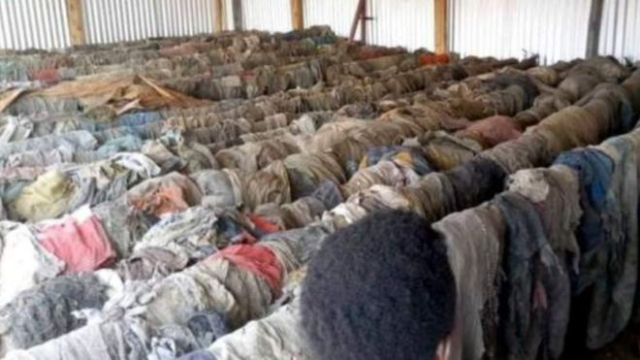 More than 4,000 mass graves have been found in Burundi following an investigation by the Truth and Reconciliation Commission into conflicts since independence in 1962.

The commission, set up in 2018 to shed light on ethnic tensions, says it has identified 142,505 victims.

Burundi’s politicians are accused of turning the minority Tutsi and majority Hutu communities against each other.

Commission chairperson Pierre-Claver Ndayicariye presented the report to the parliament of the landlocked African country.

“Many more mass graves are yet to be found because people who know about them are afraid to talk or are traumatised,” he said.

Finding out the truth of what happened would lead to forgiveness between the perpetrators and the families of the victims to “forge a peaceful future for Burundi’s generations”, he added.

On Monday, a mass grave, with up to 270 bodies, was opened to the public in the country’s main city of Bujumbura.

It is believed to contain the remains of those killed in clashes following the assassination of Melchior Ndadaye, the country’s first elected Hutu president, in 1993.

His killing triggered a brutal civil war between the Tutsi-dominated army and mainly Hutu rebel groups. More than 300,000 people died in the 12-year war.

Some people visiting the grave in Bujumbura were able to identify people they knew from the clothes and IDs found.