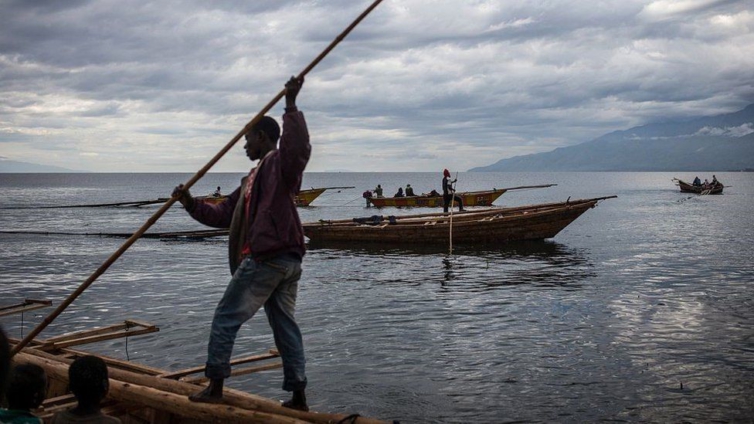 Natural disasters have forced more than 100,000 people to flee their homes in Burundi in recent years, the Save the Children charity says.

Most of them had lived on the shores of Lake Tanganyika where water levels had risen because of heavy storms, causing floods and landslides.

People described waking up at night to find their homes and farms swallowed by the lake, the world’s second-deepest.

Save the Children said it was the “forgotten crisis”.

Lake Tanganyika runs through Burundi and several other African states.

It is the longest freshwater lake in the world. Its water levels rose to 776.4 metres (2,547.2ft) above sea level in April compared with the normal average of 772.7 metres.

The world has already warmed by about 1.2C since the industrial era began and temperatures will keep rising unless governments around the world make steep cuts to emissions.

A 17-year-old told Save the Children that she and her family had lost their home when Lake Tanganyika broke its banks last year.

“It was during the night… I was sleeping and I woke up and the water was in the house. The house was destroyed a short time after we left it,” she said.

Nearly 85% of the 122,500 people living in camps in Burundi have been displaced by natural disasters, rather than conflict, the charity said.

Children were bearing the brunt of the crisis, with about 7,200 babies under the age of one living in camps, it added.

“In Gatumba camp, which is home to 3,000 flood-displaced people, over 80% of residents are children. Most are out of school and many are only eating one meal per day,” Save the Children said.

A 47-year-old mother of three said she feared her children could die of hunger: “I was a farmer before the floods came, but now my home is underwater.

“This time, the flood came over everything and never went back.”

DISCLAIMER: The Views, Comments, Opinions, Contributions and Statements made by Readers and Contributors on this platform do not necessarily represent the views or policy of Multimedia Group Limited.
Tags:
Burundi
Floods
Lake Tanganyika