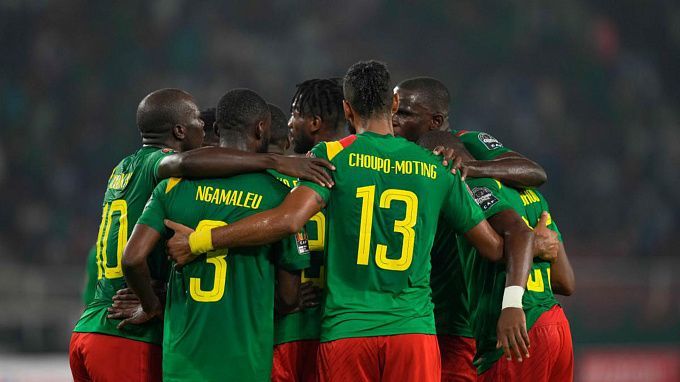 Despite a 1-0 victory in Dar Es Salaam, a visibly unhappy Eto’o took issue with the wastefulness witnessed in the tie.

The Group C fixture was played in Tanzania because Burundi could not provide a CAF-approved stadium back home. The Burundians were relatively harmless away from home. In contrast, the Indomitable Lions had numerous chances with more than 13 attempted shots on goal, but only found the net with a curling free-kick from Karl Toko Ekambi.

In the dressing room afterwards, and with coach Rigobert Song present, Eto’o threatened to, among other things, change the whole team before they go to the World Cup later this year, should performances not improve.

Here is the full text and video.

“I am not happy. I don’t care who you play against; you represent Cameroon. I am not happy at all. In my time, I missed the World Cup because I knew what problems I had. Those problems won’t repeat themselves while I’m president.”

Places in this team will be earned. Nobody, I repeat, nobody has a place guaranteed in this team. You must do your job. Whoever comes here to wear this shirt must do the job, else he goes and I will be happy to have the children play.”

“I sat where you are years ago. I know some of you are thinking ‘he is stupid’, but I tell you I was the best. I know why I failed. I will give you everything even my life so that you be in the best condition. I fight with everyone to put you in the best condition. You sit here and have no idea about the battles I fight for you.”

“When we come here, it’s about Cameroon, guys. There’s nothing more beautiful than Cameroon for me. I will give my life for my country. I have great esteem for my country, and I shall arrive with or without you.”

“If you want to be part of this journey, you must work. If it’s about what I saw out there today, I’m not sure any of you will be on the list. I need more because I dream to win the World Cup. All the problems I had as player won’t repeat themselves. First objective is having a goodhearted group. I failed because that was absent even though we had great players. When this group will be happy together we will win.”

“Now, I don’t care! Whoever wants to come here will do so by the rules of the Federation. Mind you I have some idea about football!”

The Indomitable Lions are top of the group with three points, ahead of Burundi, Namibia and Kenya.