My wife says she’s not ready to have a child 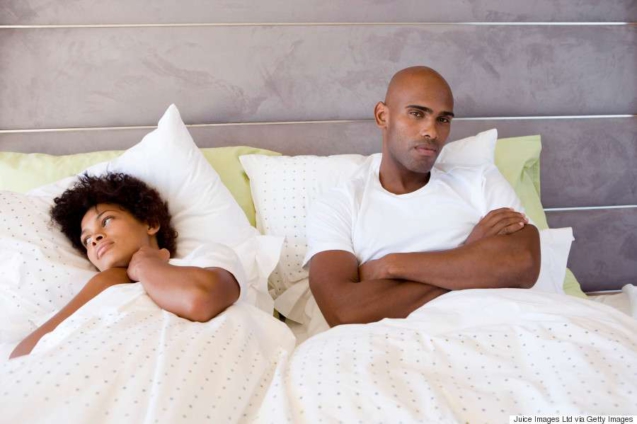 During our honeymoon, I told her, “I wish you’ll be pregnant by the time we leave here.” She said, “You want people to tell us that we got pregnant before our wedding?”

I told her, “What people would say is our back case. We are married now and have every right to become parents.” I worked hard during the honeymoon to increase the chances of her getting pregnant.

After each round, I teased, “This is the one that would get you pregnant.” She laughed and said, “Are you God to determine which round becomes the pregnancy?”

In my mind, I was selling her a dream of becoming parents as soon as possible and I believed she was buying into the dream. One year after, there was no pregnancy.

Though I wanted it to happen as soon as possible, it wasn’t a life or death situation for me. At some point, I realized I was the only one talking about it.

She was mute about it. “Maybe, she doesn’t like it when I talk about it,” I thought. I shut my mouth.

Two years later, still no child. Trust me, I did everything a man has to do during the year but nothing happened. I started taking herbal drugs to increase my chances but three years later, there was still no show.

One day during a conversation I asked, “Do you ever get worried that we haven’t been able to get pregnant?

Do you think about it at all?” She said, “Far from it. I don’t think about it. It would happen when the time is right.” I was getting worried. I told her, “Let’s seek medical help.” She said, “He makes all things beautiful in his time. No need to rush.”

I told her, “Yes he makes all things beautiful but we also need to play our part. It’s been three years already. Maybe there’s something we are not doing right. The earlier the better.” He brushed my suggestion aside and lived life as if nothing mattered.

I was going through her bag one day and saw some pills. I checked the name of the drug and read the inscriptions. I found only dosage and other information that didn’t make sense to me.

Nothing was written about what it was used for so I googled the name of the pill and the first thing that appeared was “birth control.”

“Seriously? How? Why? Since when? And she didn’t tell me about it?”

When she came around I showed her the pill and asked, “Are you the one taking this?” She asked, “Where did you find this?” I said, “In your bag?”

She asked, “What were you looking for in my bag?” I asked, “Would you tell me why you are taking these pills?” She said, “If you won’t answer my question then I can’t also answer your question.” It turned into an argument.

Her voice got louder; “You’re not my doctor so you can’t ask me questions about the drugs I take.” There was a long standoff. She was using anger to cover up but I told her, “I know it’s about family planning but what I don’t know is why you’re taking them.”

She said, “I’m taken them because I’m not ready to have kids.” I said, “If you’ve been able to hide this from me all this while then I should be scared of you. Only God knows what else you’ve been hiding from me.

You don’t deserve to be called a wife. You’re very wicked and I should be scared of you.” She said a lot of angry words that did not explain anything. For several days we didn’t talk.

I thought about it and it hit me to the core. I reported the issue to our pastor. He called a meeting but she didn’t attend. One evening the pastor came to our house to have a chat with us.

After going into the nitty-gritty of the issue, the pastor said, “Let’s forget about everything. Who said what and who screamed the loudest wouldn’t solve the issue. My daughter, why don’t you want to have children?”

She answered, “Pastor, I don’t want to go into all that. It’s  personal.” After coercing her for several minutes, she began talking; “Kids are a whole responsibility I’m not ready to bear now. I have my career goals ahead of me.

Kids would make me stagnant. I’m still in school, doing my master’s. Kids would make learning difficult. Marriage, career, school, kids. I can’t combine all that. Men will talk about kids but when kids come, they don’t help with anything about them. Maybe after school, I will consider.

“And don’t you think your husband should be aware of these reasons?” The pastor asked. She said, “My husband started talking about kids right from honeymoon and that made it difficult for me to have a meaningful conversation with him concerning kids.

He sounded desperate about kids and I doubt he would have agreed if I discussed it with him.”

The pastor spent about four hours with us trying to bring a solution to our problem. In the end, we came to the conclusion that she would finish doing her masters, and after that, we’ll begin the childbearing process all over again.

I said it was fine with me but deep down, I’d already lost every trust I had for her. Apart from the trust, there was this invisible barrier I felt between us. I couldn’t bring myself to see her as the woman I once married.

Something was broken and if I was going to feel the same way about her, I had to build whatever was broken from scratch.

A year later she completed her master’s program and got the promotion she was looking for. That was when she apologized officially for everything that happened.

She said, “I knew I was selfish. Forgive me. I did all that for the good of our own future. Now that I’ve gotten that out of the way, we can begin the journey.”

That was two years ago but today we still don’t have a child.

Currently, I have no happiness in the marriage. Somedays, when I return from work and see how empty the house is, I just feel I should pack up and leave.

All those wasted years keep coming to me and I blame her for choosing career over family. I’m not thinking of divorce, but I don’t know where all this unhappiness may lead me to.

DISCLAIMER: The Views, Comments, Opinions, Contributions and Statements made by Readers and Contributors on this platform do not necessarily represent the views or policy of Multimedia Group Limited.
Tags:
Children
Marriage
My wife