Nadal pulls out of Paris Masters with knee injury 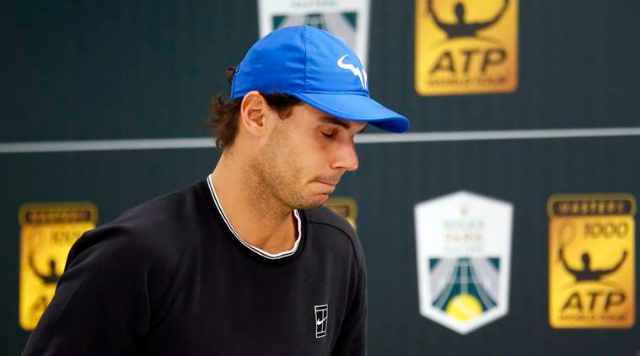 Nadal has done enough throughout the season to finish at the No. 1 spot regardless of this injury set back.

Starting his season in Brisbane in the Australian open circuit, Nadal has since been to 10 finals this year and won 6 of those.

The 16 grand slam title holder picked up the injury in his third round game at the Paris Masters against Pablo Cuevas where he needed some medical assistance during the game to be able to continue.

Nadal confirmed he had been treating the injury last night but had to make the tough decision of pulling out of the competition this afternoon since his condition had not alleviated.

This is not the first time Nadal has struggled with a knee injury in his career but he remains optimistic about playing in the ATP finals in London.

Nadal, 31, is the oldest player to sit atop the world rankings and this is his fourth time finishing the year as the highest ranked player.