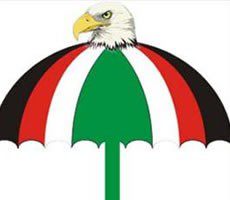 A resigned branch executive member of the National Democratic Congress has described the ruling party as unattractive and an embarrassment to many.

Thomas Appiah has joined the newly formed National Democratic Party, NDP and is threatening to bring other members of the NDC along with him.

He told Maxx News in Takoradi one cannot proudly be associated with the NDC anymore.

“With effect from Monday the 9th of July I quit being an NDC member. The reasons are simple. NDC has now become a very unattractive party for some of us; an embarrassment indeed under this current administration.

“One cannot sit down and hold his chest high and proclaim himself as an NDC member as it used to be,” he stated.

He said the newly formed NDP is solid in the Western Region, but they will not name who are behind the party in the region.

“The NDP in the Western Region is very solid but our strategy is not to be divulging names of our members.

“We know the strategy and the tactics of the NDC. Their strategy is called identify and neutralize or eliminate and I am not going to give them the pleasure of having easy targets. They should work for their pay,” he stated.

The Effiakwesimintim constituency chairman of the NDC confirmed Thomas Appiah’s membership of the NDC but said he is yet to be informed about his defection to the NDP.