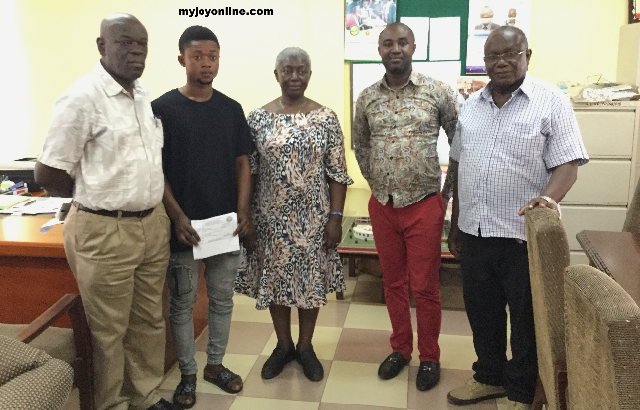 Uncertainty over the future of a 24- year old university student is cleared through the benevolence of Nhyira FM its Obra show listeners.

Prince Adu Sarkodie had to struggle through basic education during which he had to fend for himself and helpless mother  after the death of  his father.

Demands of the Bachelor of Science Nursing course he is pursuing compounded his struggles.

With examinations approaching, the final-year student was being haunted by a Gh¢7,540.00 debt in fees.

The fear of missing out on the final examination stared him in the face following a caution by school authorities.

But the benevolent gesture of listeners of Nhyira FM’s daily magazine program, Obra, has rescued  him from that emotional torture.

Host of the program, Eleanor Efe Amanor [Mama Efe], engaged Prince on the show to tell his chilling story.

Moved by his account, listeners volunteered to donate for his cause, raising over GH¢16,000.00 to his fees and the rest invested for his upkeep.

Excited but emotional Prince is grateful to donors,  Nhyira FM and Mama Efe for breathing fresh life into him.