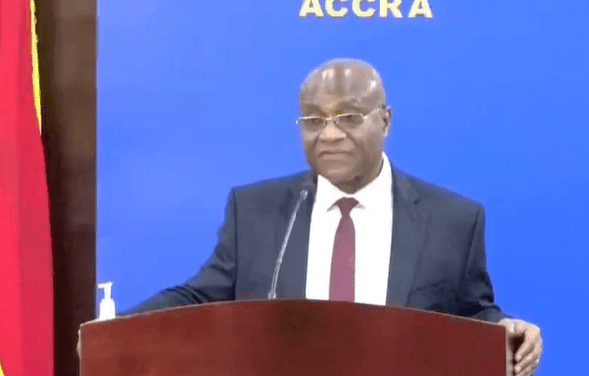 The Parliamentary Affairs Minister, Osei Kyei-Mensah-Bonsu has outlined some recommendations that will be considered by the legislature to rejuvenate the National Media Commission (NMC).

At a press conference to announce the resolutions that were reached at working dialogues with Parliament, the Minister noted that the National Media Commission Act will be reviewed to enable the Commission to function effectively and efficiently.

According to him, Parliament will also accelerate the passage of Broadcasting Law to control content delivery across media platforms.

The move, he believed, will provide the NMC with more authority to hold media practitioners and media houses responsible.

“Today, any person with a microphone calling himself a broadcast journalist can say anything that he likes and he thinks that if he is brave enough, he can insult the President and anybody and get away with it.

“[However] The National Media Commission is not provided with the muscle to deal with this because theirs is only to mediate and settle the cases. They are not provided with the powers to prosecute persons who offend the law and sometimes we have such broadcasters who really have crossed the red line and the media house will rally behind such a person,” he said on Wednesday.

Whilst acknowledging that the media is a powerful tool that can either make or unmake a country, the Suame lawmaker noted that, through regulation by the NMC, journalists will avert disasters by being circumspect in the discharge of their duties.

“If we are not careful, it will take one errant journalist to set this nation on fire. If there is nothing to restrain anybody who has a microphone before him, calling himself a journalist, this country could easily be set on fire,” he said.