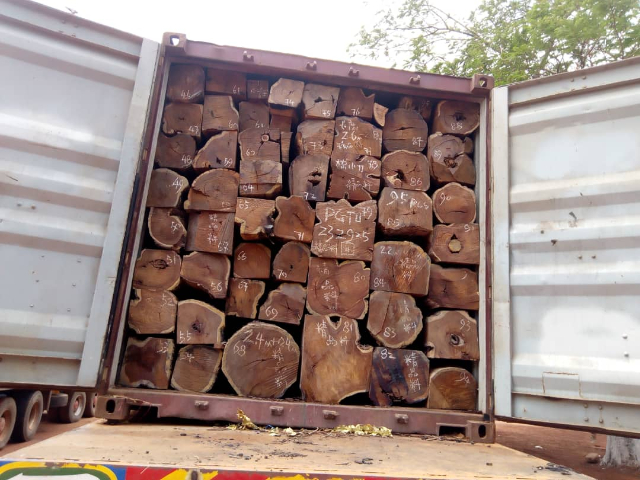 A seven-member committee constituted by the Ministry of Lands and Natural Resources to investigate alleged corruption by some government officials in the illegal rosewood export has been unable to establish any corruption against them.

The Committee, chaired by Mr Benito Owusu-Bio, a Deputy Minister of the Ministry, said video footages and other materials provided by the Environmental Intelligence Agency (EIA) did not have sufficient evidence to back its corruption claims.

The Committee’s assessment of the actual Rosewood timber exported between 2012 and 2019 was 489,766 trees and not six million trees as EIA alleged in its publication.

It uncovered that a number of permits issued for Rosewood were diverted to Vietnam and the volumes approved on the permits were altered.

Also, the Committee’s collaboration with the Vietnamese Customs authorities revealed that, some Ghanaian freight forwarding companies produced fictitious documents on the blind side of the Customs Division of the Ghana Revenue Authority (GRA).

It, therefore, recommended a forensic audit to be conducted in some selected companies who engaged in that fraudulent export trade and bring them to book.

This came to light when the Minister of Lands and Natural Resources, Mr Kwaku Asomah-Cheremeh updated the media on the Committee’s report and recommendations.

The Minister directed that the ban on Rosewood harvesting, transportation, processing and export announced in March 2019 should remain in force indefinitely.

He directed the Forestry Directorate of the Ministry to liaise with the Forestry Commission to develop modalities to enhance the monitoring mechanisms within the various hotspot Rosewood Districts, in order to eradicate illegal harvesting of the commodity.

He charged the various Metropolitan, Municipal and District Assembles (MMDAs) to collaborate with other relevant state agencies to ensure that Rosewood is not transported through any routes from the districts

The decision comes after government carefully scrutinised and studied the report and recommendations of the seven-member Rosewood Committee established in August last year, to investigate alleged corruption in Rosewood trade presented its report to the Sector Minister.

The Government, through the Ministry of Lands and Natural Resources (MLNR), in August 2019 set up the Committee to investigate alleged corruption and illegal trade of Rosewood despite the ban placed on the precious wood in March 2019.

The move follows the publication of an investigative report by the Environmental Intelligence Agency (EIA) in July 2019, alleging corruption by top government officials in export of Rosewood to China.

The Sector Minister said in the interim, all stockpile of Rosewood lying in the various sawmills and hotspot across the country should be evacuated to a central location for auctioning to the public for value-added processing.

To enhance the general outlook of Rosewood trade, he said, attention should be placed on freight forwarding companies that falsified documentation to cover wood export, especially illegal rosewood to Vietnam, adding that, those companies should be named and shamed.

In the long term, the Sector Minister tasked the Forestry Commission to conduct a comprehensive inventory of Rosewood resources to establish the sustainable exploitation levels of Rosewood and promote plantation development of the commodity.

“A recent publication shows that China has banned illegal timber import from Ghana. This policy initiative is, indeed, good for Ghana’s Rosewood export trade and our efforts towards the issuance of FLEGT licence under the Voluntary Partnership Agreement, Mr Asomah-Charemeh said.

The Sector Minister urged interested parties including the local and international media to focus attention on the consumer countries like China and Vietnam that import illegal timber from Ghana.