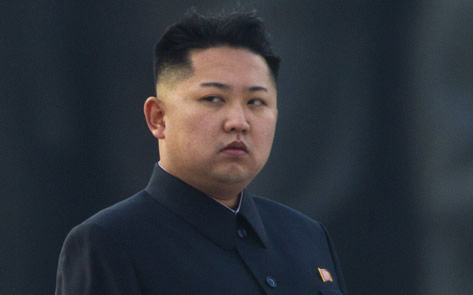 North Korean leader Kim Jong-un has said he would take part in a third summit with Donald Trump – but only if the US brought the "right attitude".

In a speech, he urged Mr Trump to pursue a deal that was "fair" and "mutually acceptable" to both nations.

The two leaders met for the first time in Singapore last year. However, a second summit in Hanoi in February broke down over denuclearisation steps.

Mr Trump said North Korean officials had wanted economic sanctions lifted in their entirety in exchange for disabling a major nuclear site, provoking him to walk away.

However, the North Koreans disputed the US account of how the negotiations had broken down.

Last month, Vice Foreign Minister Choe Sun-hui accused the US of taking a "gangster-like" stance and said it had thrown away a "golden opportunity" in Hanoi.

In his most recent comments, Mr Kim said the summit had created a "strong doubt" in him over whether the US genuinely wanted to improve relations.

But he went on to say: "We are willing to give another try if the US offers to have a third summit with the right attitude and mutually acceptable terms."

He said the US "mistakenly believe that if they pressure us to the maximum, they can subdue us" and called on them to cease "hostile" negotiating tactics.

He did, however, add that his personal ties with Mr Trump remained "excellent".

The North Korean leader said he would give the US until the end of the year to make a "courageous decision" over any new summit plans.

Kim Dong-yup, of Kyungnam University's Institute for Far Eastern Studies in South Korea, told Reuters Mr Kim's remarks signalled he would not cling to talks with the US forever and could instead look "to diversify its diplomatic relations with other countries".

The comments come just one day after Mr Trump, at the start of talks in Washington with South Korean President Moon Jae-in, floated the possibility of further meetings with Mr Kim.