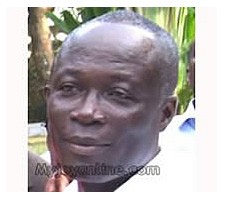 Members of the New Patriotic Party (NPP) in the Odododiodioo Constituency in Accra say they can no longer sit unconcerned for the National Democratic Congress (NDC) to visit brutality on them.

They appear to have lost total confidence in the local police command (Jamestown Police Station).

This follows attacks on some NPP members in the area by the NDC, with the latest being a bloody attack on Monday in which three of the former’s supporters were injured by the latter’s members who enjoy the support of presidential aide, Nii Lantey Vanderpuye, over the location of a meeting place.

At a press conference in Accra Wednesday, the NPP parliamentary candidate for the area, Captain Victor Okaikoi (Rtd) said the time had come for them to defend themselves since the police had failed to act on the several complaints.

“Given the seriousness of these incidents, the NPP will not sit idly by when our members and supporters in Odododiodioo constituency are subjected to constant harassment, intimidation and physical attacks by NDC hooligans acting on orders from Mr Vanderpuye, a close aide of President Mills,” he said.

Whilst appreciating the fact that the ‘all die be die’ mantra of the NPP did not mean they should take up arms to go and fight but to stand up for their rights, he noted, “we will not allow them to push us to resort to violence. But if this goes on without check, we will be forced to defend ourselves”.

The leadership of the Odododiodioo Constituency of the NPP equally called for the immediate removal of the Jamestown District Police Commander, DSP Franklin Addei, claiming that “all through the past weeks, he has not heeded our calls when we have come under attack and cannot protect us in a crucial election year such as this.”

The party asked the government to take immediate steps to stop these attacks, seek and arrest the culprits and ensure that the safety and protection of our members and supporters exercising their lawful democratic rights are respected.

That, they said, was because “merely exhorting them to desist from the language of insults from an NDC rally platform will not wash with the Ghanaian people”.

Though he has described the incident as unfortunate, Nii Lantey Vanderpuye has sought to question the rationale behind his opponents holding meetings a few metres away from his family house at Zongo Lane in Accra central.

“We wish to state categorically that no group or individual has the right to prevent any other group of people, especially members of the NPP, from holding meetings of our own. The meeting venue is a shop front willingly offered to us as a patty by the shop owner who is a member and is situated some 50 metres away from Mr Vanderpuye’s family house. The property is a private property and therefore a neighbour cannot determine what use it is put to, the NPP candidate stated.

“People are free to associate and assemble and no one can prevent anybody from holding meetings anywhere in any community and Zongo Lane in the Odododiodio constituency is not an exception,” he explained.

“There can be no no-go areas in a democratic society,” he added, describing the NDC’s action as “an affront to our growing democracy, a scourge on the image of this country, and an embarrassment to the government and the people of his country.

He asked the Mills administration to put an immediate stop to such arbitrary use of power and manage “the over blown egos of elements” in the government otherwise their attitude was likely to spell doom for Ghana.