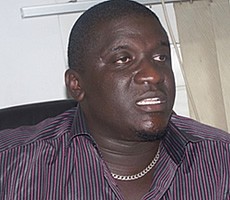 The opposition New Patriotic Party has given a week’s ultimatum for the release of five of its youth activists who have been detained for three years in Tamale.

The five suspects were arrested following clashes between NDC and NPP supporters in February 2009.

He said the party was at a loss as to the basis for the prolonged detention of the activist as no specific charges had been proffered against the five.

Mr Karbo claims that while the accused were being unjustly kept in custody, prosecutors deliberately refused to go court to prosecute the case.

He said President J.E.A. Mills must act in with the God-fearing man that he professes to be, especially in the month of Ramadan, and ensure that justice is done for the five.

Northern Regional Police PRO Chief Inspector Ebenezer Tetteh however says the police cannot grant the request of the NPP because the suspects are on trial.

He assured the police would not do anything to unduly violate the rights of any citizen.