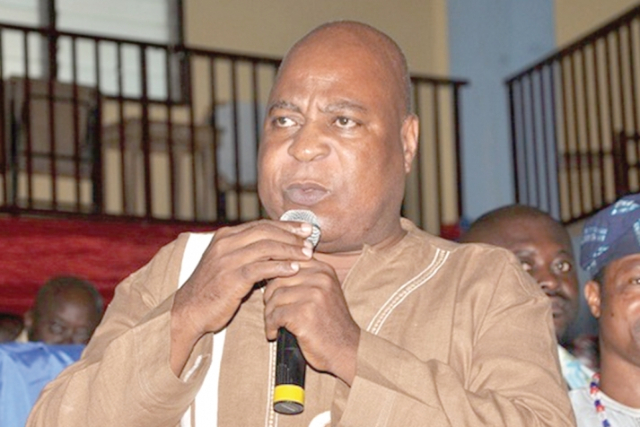 The Tema East branch of the New Patriotic Party (NPP) has accused the party’s Greater Accra Regional Chairman, Ishmael Ashitey of attempting to impose his relative on them as the Municipal Chief Executive (MCE).

The constituency party executives at a press conference in Tema Monday said the imposition of Ben Ashitey as the next MCE would be unhealthy for the party's political fortune.

Nene Ofoi Tei who spoke to the media on behalf of the executives said they are reliably informed that the Regional Chairman and some persons are pressurising President Nana Addo Dankwa Akufo-Addo to appoint Mr Ashitey.

“It is a lie our MP [Daniel Kwatei Titus-Glover] does not have a hand in this organisation,” he said.

But in a sharp rebuttal, the Greater Accra Regional Minister-designate said he had no knowledge about what he was being accused of.

“Those who met are some of the Tema East executives and they are complaining that I am imposing a relative of mine as the DCE. In actual fact, I am not the appointing authority,” Mr Ashitey told Israel Laryea host of Joy FM’s Midday news programme Monday.

According to him, it is only the President who has the power to decide who the next MMDCE should be.

He claimed he has no relation with Ben Ashitey, saying they both come from different parts of the region.

“It is the MP who is rather a relative of mine,” he said.

He said at least 14 people applied for the MCE position, adding “I don’t know where this is coming from.”

Mr Ashitey blame the enmity between Ben Ashitey and the Tema East MP following the parliamentary primary for the behaviour of the executives.