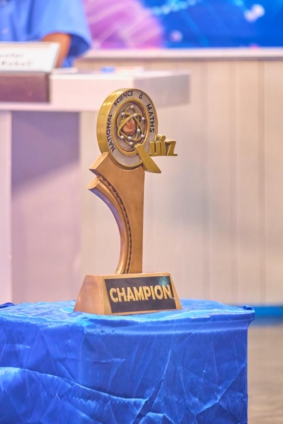 The Central Regional Director of Education is optimistic Senior High Schools from the region competing in this year’s National Science and Maths Quiz (NSMQ) would overcome their contenders and win the ultimate prize.

Martha Owusu Agyeman said they had learned their lessons, and strategies have been put in place to ensure that any school representing the Central Region emerges as the winner of the 2021 NSMQ.

She said it was unfortunate Adisadel College was unable to execute the same tactics St Augustine’s College employed two years ago in order to win the 2020 contest.

“Success is sweet, victory is sweet. It is nice when you win and we were happy when we won and definitely, we didn’t like it when we lost by just a margin to Presec Legon. We had it and we were going to keep it,” she said.

In 2019, St Augustine’s College shattered the dreams of Presec Legon and St Peter’s SHS to win the bragging rights as NSMQ Champions.

However, coming back stronger and well equipped, Presbyterian Boys SHS in 2020 beat both Adisadel College and Opoku Ware SHS in its quest to win a 6th trophy – a victory many supporters described as long overdue.

Already, the reigning Champions are off to a good start after emerging as Greater Accra Regional Champions for a second time after its commencement in 2019.

But according to the Central Regional Director of Education, irrespective of the odds that may come their way, by hook or crook, it is a definite victory for Central Region this time around.

“This time we are determined. We will take it from them. It will come back, it belongs here. It belongs to Central Region so we are going to take it this year. No two ways, surely it is coming back.

“We nearly brought it back, so we have learnt our mistakes, and we are going to work on that and bring it back,” she told JoyNews.

Also, Mrs Owusu Agyeman used the opportunity to laud the NSMQ initiative – one she says is assisting troubled schools in Ghana to surmount their fears over Science and Mathematics.

She noted that over the years, Ghana has failed to perform remarkably in the two said subjects with other schools in neighboring countries.

But however, noted that the National Science and Maths Quiz is assisting to change the status quo.

“The competition is perfect for our students so far as teaching and learning of Science and Mathematics are concerned. When it comes to WASSCE, as a regional body for West Africa, our schools are not doing well compared to Nigeria in mathematics. So this competition is a way of helping our students to improve upon their Mathematics and the Sciences,” she stated.