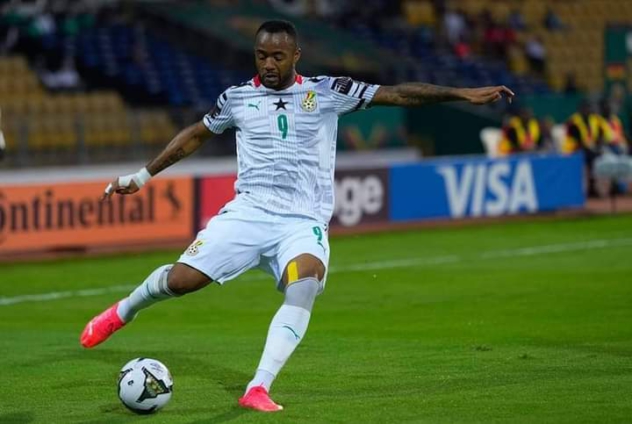 The head coach of Ghana’s Black Stars, Otto Addo, has praised the performance of Jordan Ayew in the wake of the team’s 0-0 draw with Nigeria on Friday.

Both the Black Stars and the Super Eagles failed to find the back of the net in an interesting contest in the first leg of their two-leg encounter in the FIFA World Cup qualifier playoff at the Baba Yara Sports Stadium.

Ayew on the receiving of boos from the fans during the game in Kumasi as he was taken off late in the encounter, with many expressing their dissatisfaction with the performance of the Crystal Palace forward.

However, speaking after the keenly contested game, Addo revealed he was impressed with the forward’s game revealing that he was exceptional in the first period of the game.

“The booing I think is for me, no problem. I think it’s normal, Jordan [Ayew] played well, had a very good performance, especially in the first half.”

“A lot of one against ones… at the end. I don’t know if they don’t see it but he was tired and what they might not know… we watch a lot of matches, me and my squad… and I think we know what each of them is capable of,” said Addo.

Following the draw in Ghana, the Black Stars will look to beat Nigeria for a spot at the World Cup in Qatar, when they play the reverse fixture in Abuja on Tuesday, March 29.