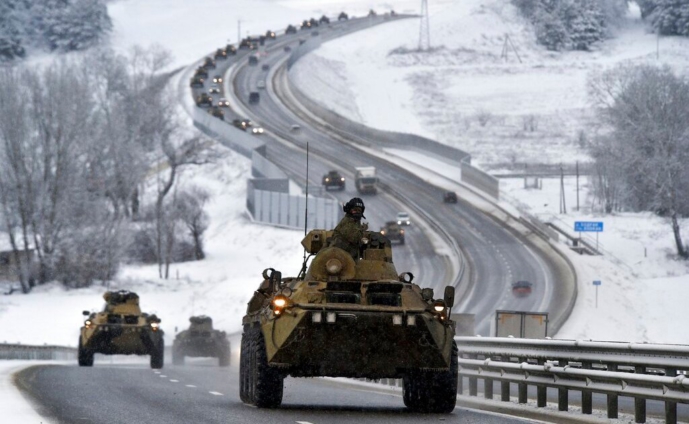 According to him, more Ghanaians are expected to leave the embattled country in the coming days

“What we are doing is a coordinated process. People that have contacted me are uncountable, but people that have successfully gone out are over 400. Today, we expect the numbers to increase,” added.

The well-being of Ghanaians in Ukraine has become of great concern following recent tensions in the country.

Ghanaians in Ukraine, particularly students, called on the government of Ghana to come to their aid and possibly evacuate them from the country.

In response to these calls, government, through the Foreign Affairs Ministry expressed concern over the situation and asked them to seek a safe place of abode in the interim while it worked to ensure their safety.

Also, on Friday, February 25, 2022, the leadership of Ghanaian students in Ukraine set plans in motion to rescue their members to Poland for safety.

The President of the National Union of Ghana Students (NUGS) in Ternopil City, Richard Ofori, said Ghanaian students in the region, numbering about 250, are expected to be safely transported by Tuesday.

“Buses have been booked for tomorrow (Saturday) and Tuesday to transport students to Poland, about 200 to 250 Ghanaian students. We had to make the decision ourselves,” Richard said.

On Sunday, February 27, 2022, the Foreign Affairs Ministry said through collaborative efforts the government made with its diplomatic partners, missions, and consulates, over 220 Ghanaians in Ukraine have safely exited the country as of midday on Sunday, February 27.

“These numbers are bound to increase in a few days as we observe a team spirit being displayed by our people, our citizens, and our students. They are reaching out to one other, setting up groups, WhatsApp chats, sharing important phone numbers of Consular officers and other personalities who could be of assistance,” she said.

On Monday, Dr. Kitcher also indicated that so far, 400 Ghanaians have been evacuated from Ukraine.

“Students make up the highest population but non-students are also part of the people who have been evacuated.

DISCLAIMER: The Views, Comments, Opinions, Contributions and Statements made by Readers and Contributors on this platform do not necessarily represent the views or policy of Multimedia Group Limited.
Tags:
Dr Albert Kitcher
Ukraine crisis