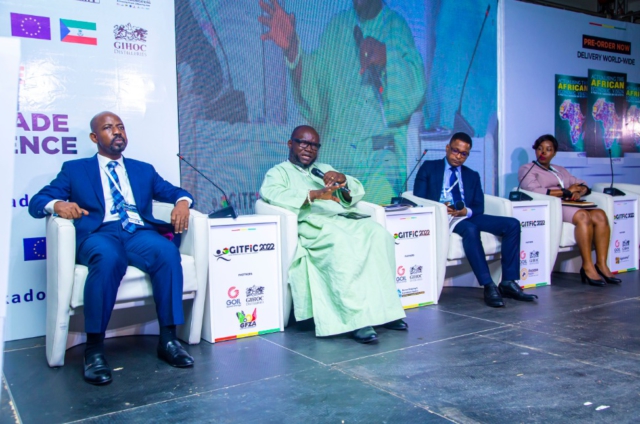 Participants at the just-ended 6th conference of the Ghana International Trade and Finance Conference (GITFIC) have called for the institution and promotion of stronger collaboration on research and development among association of African countries.

They have also agreed that identified challenges should be addressed and given a sustained strategic priority.

A communiqué signed by Mr Selasi Koffi Ackom, Chief Executive Officer of GITFIC and copied to various media outlets on the African Continent also called on African countries to ensure the harmonization of the dispute resolution mechanisms of the regional economic communities and the AfCFTA.

Participants also called for the building of institutional capacity among stakeholders and businesses in the formal and informal sectors in the implementation of the Pan African Payment and Settlement System (PAPSS).

The two-day conference brought together industry players from most African countries to synergize ideas on trade, commence and integration.

The communiqué also called for the harmonization of the rules on the conduct of business and risk profiling and to envelop a model which would ensure seamless interoperability of mobile money systems and the PAPSS.

“Financial institutions should also streamline, improve transparency, and offer competitive charges for cross-border transactions under AfCFTA and State Parties should be given the necessary technical support to urgently establish the National Monitoring Committees and National Focal Points on Non-Tariff Barriers (NTBs).”

Participants also called for the strengthening of education, sensitization, awareness, and up-skilling of national key stakeholders to harness the benefits of AfCFTA.

“Facilitate the negotiation process on the AfCFTA protocol on women to improve gender inclusiveness, and complement existing gender charters.”