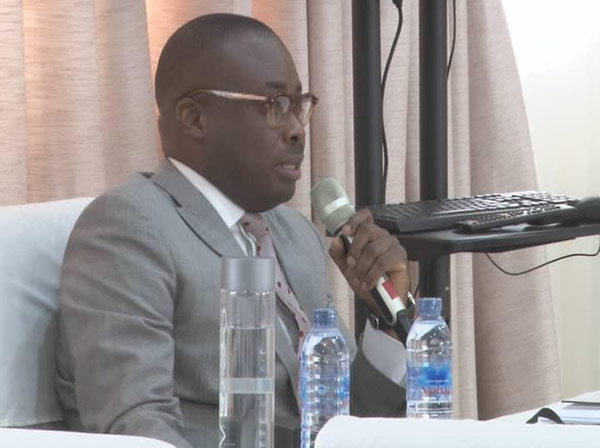 The Metro TV broadcaster spent not more than four minutes before the Commission which discharged him after learning he was not an eye witness to the incidents that occurred January 31, 2019.

Paul Adom Otchere has been keen to appear before the Commission and had announced his impending appearance.

In a facebook post, Paul Adom Otchere alerted his followers to expect a discussion on constitutional matters which he believes is related to political violence, the subject of inquiry at the Commission.

But his scheduled session was postponed to this week after the Commission exhausted its day’s work on other witnesses.

But his appearance was rather short.

Here is a transcript of proceedings.

Counsel for Commission: Do you have any video or pictures that you think will be helpful to the Commission?

Paul Adom Otchere: Yes we do have videos for the commission that I have on a pen drive and present to the commission. These are videos which were captured by Metro TV cameras exclusively.

Counsel for Commission: Have you presented them?

Paul Adom Otchere:  Erh. They are not but I could get them within a very short time.

Counsel for Commission: How short

Counsel for Commission: Okay we are sure that by close of day today we will have all materials in your possession?

HANDS OVER TO CHAIRMAN

Chairman: Who took those videos

Chairman: Can you tell us exactly who took the videos

Paul Adom Otchere: Our camera crew. They are a lot of people about five, six different people. We have used some of them publicly but we haven’t used some of them. So we will submit all of them.

Chairman: Apart from the videos, do you have any other materials relating to the elections which was held at this particular constituency

Paul Adom Otchere: No. We are a television company so our main raw materials is television.

Henrietta Mensa-Bonsu: Thank you very much Mr. Paul Adom Otchere. Unfortunately, because we haven’t seen the video it makes it difficult to ask anything and you were not an eye witness either. I really wish you had brought the video. Then we would have been in a position to ask questions about things that were not clear.

But as things are, I have nothing unclear to clarify. So I will pass up at this time.

Chairman: Thank you very much we will expect the videos that you have and we will watch them and take them into consideration. You can go.

DISCLAIMER: The Views, Comments, Opinions, Contributions and Statements made by Readers and Contributors on this platform do not necessarily represent the views or policy of Multimedia Group Limited.
Tags:
Emile Short Commission
Paul Adom Okyere