Performance wrap of Ghanaian players abroad over the weekend - MyJoyOnline.com 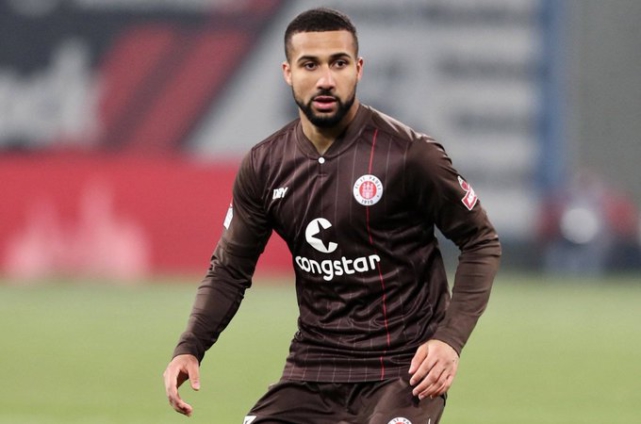 Ghanaian players plying their football trade abroad created some good impressions over the weekend with great performances in their respective leagues.

Daniel Kofi Kyere, Antoine Semenyo and Joseph Paintsil were among some of the notable players to have been on the scoresheet over the weekend.

Here’s a wrap of the performances of some of these players for their teams.

Kofi Kyereh played 89 minutes of action and scored his 12th league goal of the season as St. Pauli was held to a 1-1 draw against Nürnberg. The result means St. Pauli are now unbeaten in their last 10 games against Nürnberg since 2016 (5 wins and 5 draws).

Joseph Paintsil climbed off the bench to assist and score in Genk’s emphatic 4-2 Mechelen in the Belgium Jupiler League.

In 79 minutes of action, Antoine Semenyo assisted twice and got on the scoresheet for Bristol City in their 5-0 drubbing of Hull City.

On his return to the starting line-up, Gideon Mensah impressed in 90 minutes as Bordeaux suffered a 1-0 defeat to OGC Nice in Ligue 1.

Abdul Mumin also played full throttle in Vitoria SC’s 1-1 stalemate against Santa Clara as they continued the chase for European football next season.

Joel Fameye bagged a hat-trick of goals for Orenburg as they saw off Tekstilshtik in a 5-2 victory.

Bernard Tekpetey was on the scoresheet to register his 10th goal of the season in Ludogorets’ 5-0 win over CSKA Sofia.

Mohammed Kudus made a return to the Ajax starting line-up and played 57 minutes as they recorded a 3-0 win over PEC Zwolle in the Eredivisie.

Kwasi Okyere Wriedt played all minutes available as Holstein Kiel came back from two goals down to record a 3-2 win over Werder Bremen in the Bundesliga 2.