It got heated at Graphic Business/Stanbic Breakfast meeting, where economic experts and business executives had met to deliberate on the problem of Ghana’s cyclical cedi depreciation.

After nice speeches had ended, a man who identified himself as Henry Bruce, went wild during the period for contributions and questions.

Bruce who said he works within the oil sector, was livid at Ghana’s leaders, blaming them for the failure of the country to make the best of her rich natural resources.

“If you trust politicians, it is like trusting a prostitute who says she is a virgin,” his opening remark laid down the marker of what is to come.

He held out US President Richard Nixon as an example of the standard Ghanaian leaders ought to follow.

In what is known as the Nixon shock, President Richard Nixon in 1971 took a series of measures to rescue the US economy from rising unemployment, inflation and deficit. 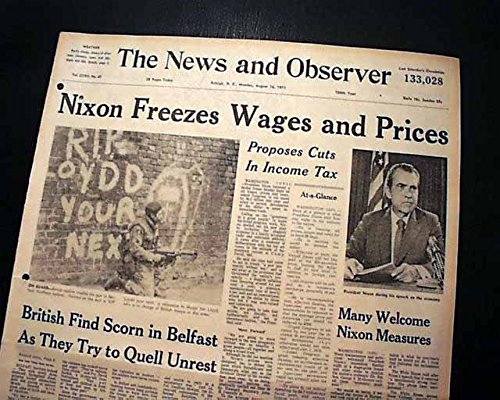 Speaking on television on Sunday, August 15, President Nixon said: “we must protect the position of the American dollar as a pillar of monetary stability around the world.”

He said the dollar had been held “hostage in the hands of international speculators” and “we must protect the position of the American dollar as a pillar of monetary stability around the world”.

“If you want to buy a foreign car or take a trip abroad, market conditions may cause your dollar to buy slightly less. But if you are among the overwhelming majority of Americans who buy American-made products in America, your dollar will be worth just as much tomorrow as it is today.

The effect of this action, in other words, will be to stabilise the dollar. The steps he announced helped reverse the value of the US currency and the Nixon Shock has been widely considered to be a political success.

But back here in Ghana, the cedi has been prayed for and its “arrest” has been called for.

“It looks like a fun game,” Henry Bruce fumed and said not even pumping 1trillion dollars into the economy will save it from depreciation.

This was in part due to a strengthening of the US dollar as a result of US monetary policy which lured investors to move their money from economies like Ghana.

The cedi’s slide has been reversed, with the dollar now trading at 5.1 cedis when it used to be 5.9 a month ago. But the Bank of Ghana Governor Dr. Ernest Addison has expressed worry that the economy remains at the mercy of foreign investors and importers whose actions trigger cyclical cedi depreciation

Gesticulating angrily while barking at politicians to “back your game up,” he decried that years after the discovery of oil, Ghana does not control the commercial exploitation of the highly critical resource.

“Our government, how much do you own from what they are exporting,” he asked and expressed frustration that despite having an oil refinery, Ghana, an oil-exporting economy still imports refined crude oil.

“Why don’t you set up the damn refinery and refine all the crude before you export?”

Henry Bruce extended his observation to natural resources like gold and cocoa which he said are produced in Ghana but priced by the international community much to Ghana’s detriment.

“Anything we produce in Ghana here has been priced by the international market,” he fumed and was restrained by the moderator, JoyNews’ Evans Mensah.

But the moderator could not restrain the applause which broke out as a restrained Henry Bruce sat down.

Photos: Okyeame Kwame dazzles at ‘Made in Ghana’ album launch