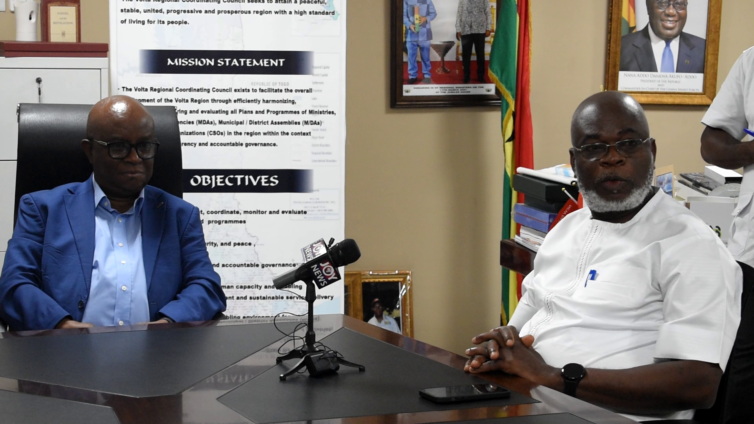 The Public Accounts Committee has hinted that public officials and institutions that flout procurement laws and are found liable per the Auditor General’s report, would be prosecuted.

The Committee Chairman, James Klutse Avedzi, detailed that the Committee was compelled to take this decision because anomalies that were previously corrected continue to reoccur.

He said this during a courtesy call on the Volta Regional Minister, Dr. Archibald Letsa, ahead of the Committee’s 6-day sitting on the 2018 Auditor General’s report at the Volta Serene Hotel in Ho.

Mr. Avedzi further indicated that culpable public institutions and officials would be arraigned to allow the law courts to determine the appropriate punishment, because the committee does not have the legal backing to do so.

“Because we have decided to govern ourselves, but sometimes when it gets to certain things, we overlook the law. But we have decided now that, let the law take it’s own course.

So if you infringe upon a certain law, we don’t have the power to prescribe the punishment. The appropriate place is the court. So we refer you to court, go and defend yourself”, he explained.

Mr. Avedzi said the decision to prosecute is aimed at whipping public institutions and officers into line “to do the right thing.”

The 25-member Committee would look into 4 reports on assemblies, technical universities and senior high schools in the Volta, Oti, Greater Accra and Eastern Regions.

The Committee would consider the reports on management and utilization of the District Assembly Common Fund and the Internally Generated Funds of the assemblies.

DISCLAIMER: The Views, Comments, Opinions, Contributions and Statements made by Readers and Contributors on this platform do not necessarily represent the views or policy of Multimedia Group Limited.
Tags:
James Klutse Avedzi
Public Accounts Committee