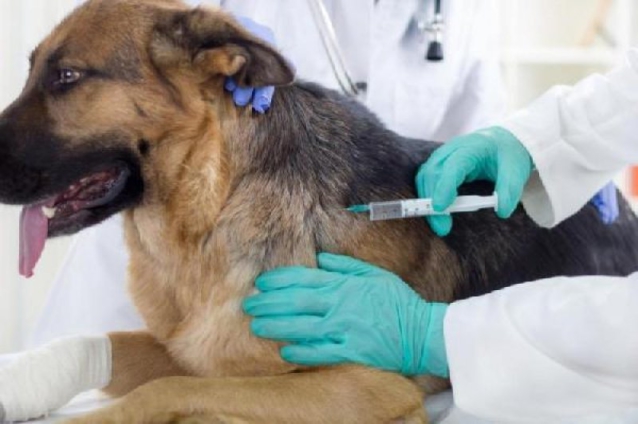 Fourteen individuals have been diagnosed with rabies infection in Kpone, the Municipal capital of the Kpone-Katamanso Municipality in the Greater Accra Region after an infected dog bit five people whilst at church.

Dr. Emmanuel Kwao Pecku, Municipal Veterinary Officer, told the Ghana News Agency at Kpone in an interview that on April 17, 2021, a rabies-infected dog followed some five worshipers to their church premises and bit them; infecting them with the disease.

According to the Municipal Veterinary Officer, nine other persons got infected by coming in contact with saliva from the infected dog exposing them to the virus.

He explained that the dog was immediately quarantined for examination adding that it showed classical sign of rabies infection.

Dr. Pecku revealed that the dog was immediately killed and sample was taken to the laboratory for a confirmation test.

He added that the victims have been given post exposure vaccines and are currently being monitored.

He said the Kpone-Katamanso Municipal Assembly must enforce its by-laws to deal with people whose negligence causes harm to others.

The Kpone-Katamanso Municipal Assembly, the Municipal Health, and the Veterinary Directorate have intensified plans to deal with rabies cases in the various communities in Kpone.