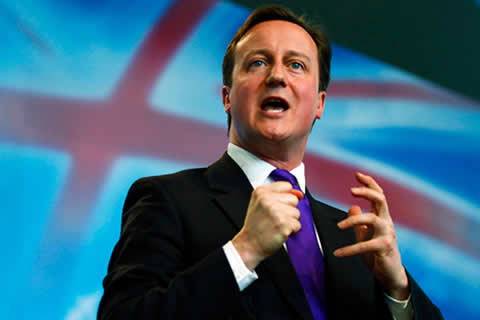 A radio news presenter has accidentally announced the death of David Cameron – instead of David Bowie.

Fiona Winchester was reading the news for Heart FM Radio earlier this morning when she made the embarrassing gaffe.

She starts: " David Cameron has died," before quickly correcting herself and replacing the Prime Minister's name with David Bowie.

And it wasn't long before Twitter picked up on the mistake.

Another added: "Lassie on Heart FM just read out the news and said ' David Cameron has died' instead of Bowie."

The Prime Minister has already tweeted about the death of the music legend, writing: "I grew up listening to and watching the pop genius David Bowie.

"He was a master of re-invention, who kept getting it right. A huge loss."

The official news of Bowie's death was posted on his official social media account his morning.

A short statement read: "David Bowie died peacefully today surrounded by his family after a courageous 18 month battle with cancer.

"While many of you will share in this loss, we ask that you respect the family's privacy during their time of grief."

Underneath a touching picture of himself as a toddler being carried by his famous father, he wrote: "Very sorry and sad to say it's true. I'll be offline for a while. Love to all."

David's super model wife Iman is yet to comment on the heartbreaking news, however, yesterday she shared a cryptic post reading: "The struggle is real, but so is God."

The couple, who have 15-year-old daughter Alexandria together, have been married since 1992.

Prior to this relationship, the rocker was married from 1970-1980 to Angie Bowie, who is currently living in the Celebrity Big Brother house and has been speaking openly about their time together.