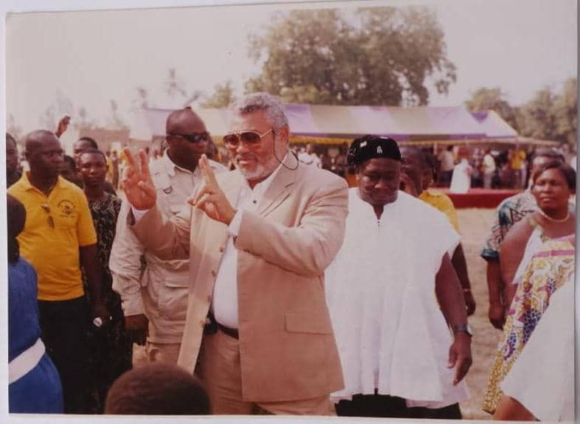 Akatsi South Constituency Chairman of the National Democratic Congress (NDC), Anthony Owusu has said the demise of ex-President Rawlings has caused many, including him some form of emotional instability.

He described the tragedy of the late president’s demise as devastating and unfortunate.

“This is devastating, we were never in anticipation for this during these crucial moments of our political activities,” he said.

Mr Owusu, popularly known as ‘Westfalia’ told the Ghana News Agency (GNA) the legacy of the late leader of love and compassion will continue to live on.

“Ex-President Rawlings really expressed compassion and love for one another, he showed much concern for the underprivileged,” he said.

Mr Owusu further disclosed that his personal relationship with the late former President was never a failed one, adding that he had learnt a lot from him.

Touching on his personal experience with Mr Rawlings, he said the late leader helped many street children to further their education both in Accra and in the Volta Region, respectively.

“Those in South Tongu, where his residency is also located could attest to this fact,” he said.

The building contractor further said that the legacy and principles Mr Rawlings exhibited will remain and that “the NDC will continue to build on them for a better Ghana.

The GNA further observed that all political activities in the Constituency are being put on hold and flags fly at half-mast.