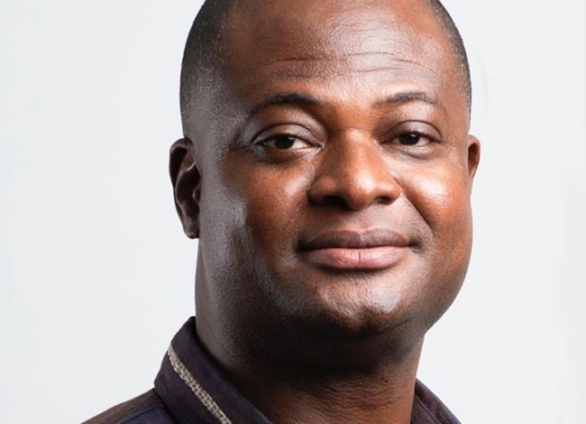 We have sighted a speech by Prof Raymond Atuguba, Dean of the University of Ghana School of Law at the 4th Triennial conference of the Ghana Studies Association (GSA) that the respected Professor who has now metamorphosed into a serial commentator of the NDC due to his biased analysis and bitterness towards the President Akufo- Addo led NPP government delivered.

We shall deal with each of the 7 points asserted by Prof Atuguba in seriatim.

First, Prof Atuguba stated that, the NPP government is seeking to replace the enduring legacies of Dr Kwame Nkrumah with J.B Danquah by what he describes as “a concerted attempt to obliterate or at least devalue, including in the basic textbooks that we use to teach our children the history of our nation, the central role of Dr. Kwame Nkrumah in the nationalist struggle and the early years of national reconstruction and his enduring legacy in Ghana, Africa and around the world, and to replace that with a very inadequate alternative, their Dr. J. B. Danquah”

This is blatant falsehood and a deliberate attempt by Prof Atuguba to cause an unnecessary confusion between Nkrumah and JB Danquah activists.
On record, social studies is still a requirement at the basic education level and this subject basically focuses on the achievements and history of Kwame Nkrumah thus this allegation by Prof Atuguba is nothing but baseless and a comment motivated by cheap politics.

What Prof. Atuguba fails to sadly recognise is the fact that Dr. JB Danquah devoted his life to the emancipation and development of Ghana and its citizens and to the creation of an appropriate constitutional and legal framework for the realization of that objective. His pivotal political role in the Gold Coast Youth Association, the Joint Provincial Council, United Gold Coast Convention (UGCC) and the Coussey Constitutional Committee is so well-documented that it need not be elaborated here. It is justifiably a part of Ghana’s history. It is rather disgraceful and an embarrassment that Prof. Atuguba who could be referred to as a learned colleague of JB Danquah, in his bid to score political points would refer to JB Danquah with such disdain. As the present Dean of the Law School of University of Ghana, it would be interesting to question if Prof. Atuguba is saying Danquah’s submission before the Supreme Court in the In Re: Akoto & 7 Others case, which is a must read for all first year Constitutional Law students at every Faculty of Law in Ghana, should be treated with contempt. A lot has been said and written about the decision of the Supreme Court in this case and its endearing impact on the evolution of the concept of judicial review and a justiciable bill of rights in the constitutional order of the day. Danquah’s submission is celebrated to this day. It would have been prudent for the learned Professor to have made statements more worthy of his profession, and avoid undue and unjustified claims in his rant against the President Akufo-Addo administration.

Secondly, Prof Atubuga asserted that, the “financial clean up project” was meant to cripple sources of financial power other than that of the NPPs.
This statement is also inaccurate and a statement which should not come from a person like Prof Atuguba who has climbed the academic ladder and is expected to at least be truthful with facts.
Under the leadership of Former President Mahama of which Mr Atuguba was Executive Secretary in 2015, the NDC government collapsed 82 licensed micro finances including Apex micro finance, Global Standard Microfinance, Ideal Way Microfinance Service Ltd, Images Microfinance and several others. Was this decision to shut down these licensed firms per Atuguba’s reasoning to cripple sources of financial power other than that which belonged to the NDC?

Again for the records, in early 2015, Ghana turned to the IMF for a $918 million loan to help stabilize the economy. IMF advisors, working with the Ghanaian government, developed a three-part program which included;

Thirdly, Prof Atuguba asserted that, “the NPP in its bid has been buying out other political parties and critical voices in the country to remain silent on issues of national interest.”
This again is a fallacy as the NPP has not bought any opposition political party. In any case it is under the NPP that the voices of most people who are against the government have been protected. Under the NPP most CSOs and opposition parties have been very critical and harsh on the Government.

This is surprising and one wonders why. Yet over the years the Government has received such criticisms in good faith.
If not for the tolerant nature of this government, Oliver Barker Vormawor a presidential staffer who worked directly under Prof Atuguba as a Policy and Research advisor to President Mahama wouldn’t have had the effrontery to call for a coup. If Ghana should have been any other state, Barker Vormewor would have been treated as an enemy to the peace of the state and also as an enemy to the Republic at large yet he goes around enjoying his freedom.

Again, the respected Professor who has now reduced his enviable position to a propagandist and an enemy of truth and facts alleged that, persons in the public service are being removed on the slighted suspicion of political disloyalty.

This is a deep lie being peddled by the Professor and yet he could not mention a single person in the public service who has been sacked on the grounds of political disloyalty to justify this.
In any case if there is any political party that has sacked persons in the public service on the suspicion of political disloyalty, the NDC is on record to have sacked Prof. Ken Atefuah from the NIA.

According to Prof Atuguba, “The fifth element of “Break the 8” involves the incubation of parallel security forces, some forcefully integrated into some regular forces and some not, and the use of these guns for hire for all and any forms of physical violence; culminating, some have argued, in their deployment for Election 2024, against the backdrop of real or orchestrated evidence of terrorism and violent extremism, for the purpose of restricting freedoms, terrorizing the opposition and robbing the Election.”
This is an even more baseless allegation borne out of fallacious and evil intent and against the laws of the state. It is comment concomitant with earlier statements Atuguba has previously made and it seeks to prepare the grounds for NDC to breach the peace of the state.

Ironically Atuguba fails to remember how his boss, former President Mahama has said NDC is the best in unleashing violence. Without doubt he joins a devious plot that seeks to find a means to unleash such violence under the guise that NPP has recruited parallel security forces.
We demand that Prof Atuguba provides details of these Parallel security forces and provide evidence to substantiate his lies.

Finally, Prof Atuguba stated that, NPP is seeking to break the 8 to protect it’s ill gotten money.
We wish to state that, if there is any political party or political leader that has benefited from ill gotten corrupt political money then that is the NDC-led Mahama government of which Atuguba was a leading member.

In 2015 the presidency of John Mahama was ranked as the most corrupt institution in Ghana. As at that time Prof Atuguba was the executive secretary to the former President. He was the secretary who supervised the corrupt and ill gotten wealth.
Atuguba should tell Ghanaians where the following monies passed under his watch as Executive Secretary to Mahama
• £13 million E.O Group
•$88 million Embraer 190
•$10billion STX Korean deal
•GHS 3.6 bus branding scandal
• € 25million Water Ville
•GHS 54 million Woyome Scandal
• $ 4 BILLION NCA SCANDAL
•$ 72 MILLION SSNIT MONEY FOR THE PROCUREMENT OF A SOFTWARE

If there is any political party that is known for milking the state, that is the NDC.

The above well known and publicised facts show that Prof Atuguba must be ignored and henceforth be treated as a Pro NDC propagandist and not as the objective law lecturer he portrays himself to be.

In recent times his sense of reasoning cannot be attributed to that of a learned Professor and lawyer but that of an ordinary NDC foot soldier whose thinking has been tainted with propaganda, falsehood and bitterness.