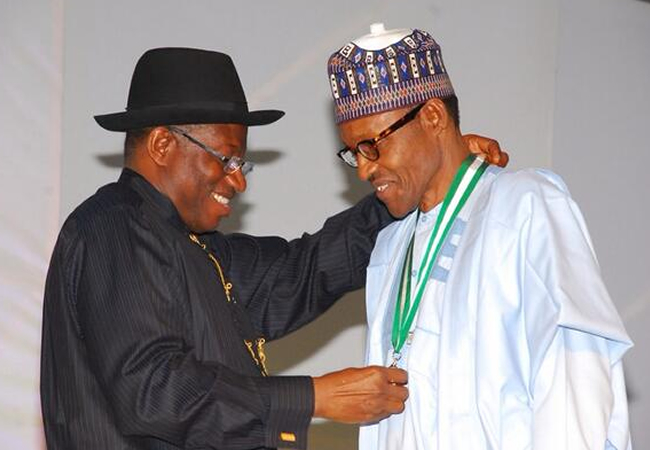 The real reasons President Goodluck Jonathan conceded defeat in the 28 March presidential election even before its result was officially announced have been revealed to Sunday Tribune.

According to an insider who disclosed how the final decision that led to President Jonathan congratulating his opponent and candidate of the All Progressives Congress (APC), General Muhammadu Buhari, members of the president’s kitchen cabinet and leaders of the Peoples Democratic Party (PDP), who were invited to the Presidential Villa, had already read the body language of the president to allow peace to reign.

He also disclosed that elders like Senator Ahmadu Ali, chairman of the presidential campaign team, and PDP Board of Trustees (BoT) chairman, Chief Tony Anenih, played crucial roles in ensuring that the nation was not thrown into crisis.

With the glaring irregularities in the election, particularly the issue of underage voters which was reported live by the Cable News Network (CNN), some elements in the president’s campaign team and PDP, it was revealed, had concluded plans to challenge the results.

“It was for the fact that the president had indicated right from the onset his desire for peace. His campaign mantra has always been that his ambition is not worth the blood of any Nigerian,” revealed the insider.

According to the source, a meeting of PDP’s National Working Committee (NWC) and the campaign organisation with the president was called in the afternoon of Tuesday as the Independent National Electoral Commission (INEC) was releasing the result. The meeting was to deliberate on the outcome after it had become apparent that the president would lose.

“A meeting of the campaign organisation and the NWC of the PDP was called that Tuesday afternoon and Ali and Jonathan made their points on the necessity for peace. Ali’s close relationship with Jonathan also helped to create a synergy between the villa and the campaign directorate such that each had the other’s confidence.

“But it was apparent that President Jonathan did not want any violence. In Jonathan’s reckoning, as well as Ahmadu Ali’s, and other elders’, even though there were irregularities in the North and South, the peace and stability of Nigeria were far more important,” explained the source.

Explaining the situation of that Tuesday further, the source revealed that while some of those at the meeting believed that PDP would have real legal cause, the elders and the president thought about the implication, especially the post-election impasse for the country.

“They did not want a repeat of the killings that followed 2011 elections. It was felt that conceding defeat even before the final announcement was made would douse tension and curtail the instantaneous jubilation that could have turned out any way.

“It was also agreed that congratulating the APC and General Buhari ahead of time would also force APC to begin to focus more on the transition and governance, rather than on politicking,” the source said, adding that the situation was critically reviewed but the insistence of the president and elders on peace carried the day.

“Ali also worked tirelessly with some other leaders of the party like the BoT chairman, Anenih, in bringing together the many tendencies within the party for unity,” he said.