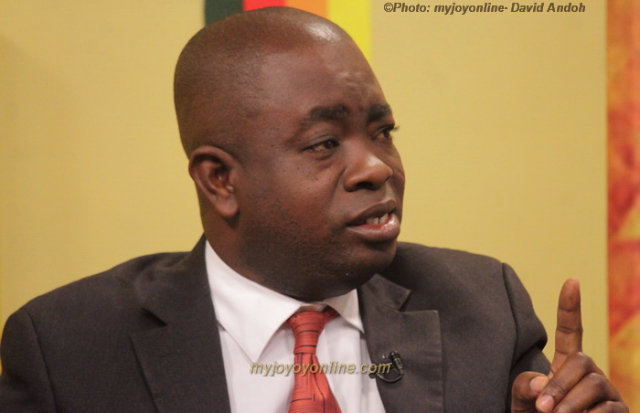 The immediate past Deputy Works and Housing Minister is fighting off claims the Mahama government failed to do due diligence on a 5,000-unit affordable housing project at Saglemi in the Greater Accra Region.

Samson Ahi, who is also the ranking member on the Parliamentary Committee on Housing is surprised that it has taken government two years to raise the issue about the project.

According to him, the government got it wrong with its assessment of the project, urging the officials of the current administration to act on the handing over documents it received on the project during the transition period.

He told Joy FM’s Emefa Apawu on Newsnight Wednesday that for such a project, which had parliamentary approval, could not have been mismanaged as is being suggested.

“At the time we left office about 1,400 units had been completed with others at various stages of completion.

“Some were at the footing, lintel, window levels while others were at the roofing level,” he Samson Ahi explained, Wednesday.

The Sefwi Bodi Legislator’s comment follows the current Housing Ministry’s claim that there is rife evidence of shoddy work and potential corruption in the contract to build 5,000 affordable housing units.

According to the Deputy Housing Minister, Freda Prempeh, the project at  Saglemi, which started in 2014 at a cost of $200 million, is yet to be finished.

She said the Ministry has committed to launching a full-scale probe into the matter with a affirm assurance that anyone found culpable will be prosecuted.

Speaking to Evans Mensah in New York, the Tano North MP said she is disappointed that although the scope of work was reduced from 5,000 to 1,504, the cost element remained the same.

“The last time I went to the contractors and asked them if the President [Nana Akufo-Addo] wants to commission the project how many houses are available, they said 442 out of the 5000 units,” she claimed.

But Mr Ahi said if the Deputy Minister does not understand something in her ministry, she only has to look for the appropriate information.

He quizzed Mrs Prempeh if she has the technical eye to say that the project was shoddily executed?

The Sefwi Bodi MP explained that the ministry employed the services of civil engineering company Architecture And Engineering Services Limited (AESL) a government agency, to provide a consultancy.

“There is no way AESL will not work in the interest of government. But when you have a Deputy Minister who does not want to deal with a government agency but rather a private person that is where the problem is,” he said.

According to him, the substantive Minister, Atta Akyea, in May 2017 visited the site and commended the work done so far.

He added that it is only fair that the Deputy Minister goes to AESL to get the necessary documents instead of asking private companies.

Listen to the interview