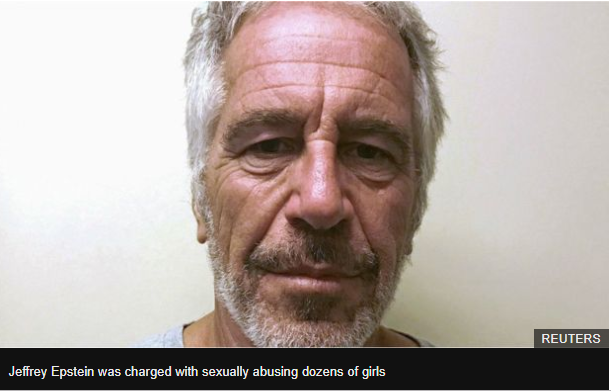 US Attorney General William Barr has called the death of paedophile Jeffrey Epstein “a perfect storm of screw-ups”.

In an interview with AP News, Mr Barr said the jailhouse suicide, which came as Epstein awaited trial, was due to a “series” of mistakes.

His comments come after two guards who were responsible for Epstein were charged with falsifying prison records.

Lawyers for Epstein’s victims are urging Prince Andrew, a longtime friend of Epstein, to speak to US police.

The US attorney general said he had personally reviewed CCTV footage that confirmed nobody entered the area were Epstein was detained on the night he died.

“I can understand people who immediately, whose minds went to sort of the worst-case scenario because it was a perfect storm of screw-ups,” Mr Barr said in an interview as he flew to the US state of Montana for an event on Thursday.

Epstein, a wealthy financier who partied with the rich and famous, died in Manhattan’s Metropolitan Correctional Center while awaiting trial on charges of sexually abusing girls as young as 14.

Earlier this week, two guards tasked with watching over Epstein’s jail unit were charged with sleeping and browsing the internet during their shift as Epstein died.

Officers Tova Noel and Michael Thomas were supposed to check on Epstein every 30 minutes. According to an indictment, the guards had not done their 03:00 or 05:00 checks.

Epstein was placed on suicide watch after he was found on 23 July on his cell floor with bruises on his neck.

He was taken off suicide watch about a week before his death, though kept on a heightened watch that required him to have a cellmate. 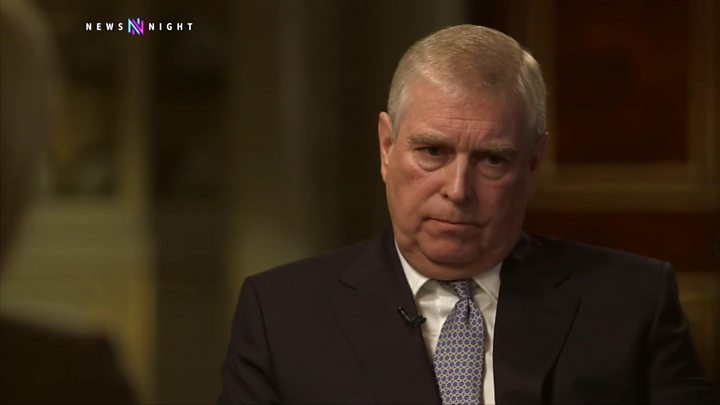 Media captionPrince Andrew: Epstein ‘a constant sore in the family’

But his cellmate was transferred on 9 August to another prison a day before Epstein’s death, which a medical examiner ruled to be suicide by hanging.

Mr Barr, who leads the US Department of Justice, said: “I think it was important to have a roommate in there with him and we’re looking into why that wasn’t done, and I think every indication is that was a screw-up.

“The systems to assure that was done were not followed.”

He added that New York prosecutors who are continuing to investigate Epstein’s crimes “say there is good progress being made” in the case.

“And I’m hopeful in a relatively short time there will be tangible results,” he continued.

Executors of Epstein’s estimated $577m (£450m) estate are seeking a judge’s approval to create a fund to settle claims by his victims in civil cases. 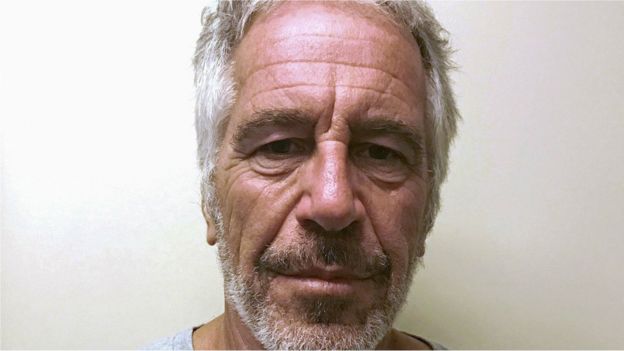 Meanwhile, victims of Epstein are calling for Prince Andrew, a former friend of Epstein, to submit to an FBI interview.

The Duke of York announced on Wednesday he was stepping back from royal duties amid the fallout from his recent BBC Newsnight interview.

One of Epstein’s accusers, Virginia Giuffre, has claimed she was forced to have sex with the duke three times.

Prince Andrew has “categorically” denied it.