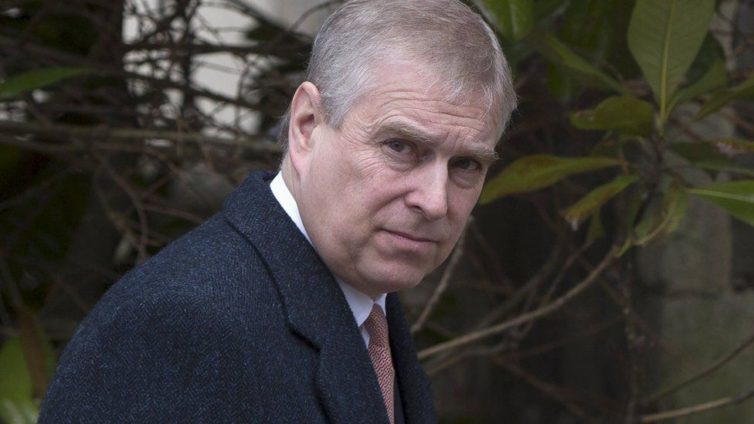 Britain’s Prince Andrew has been stripped of his military titles and charities, Buckingham Palace announced on Thursday, a day after a judge ruled a sexual abuse civil lawsuit against the Queen’s son could proceed.

Andrew will also no longer use the style “His Royal Highness” in any official capacity, a royal source told CNN on Thursday.

“With The Queen’s approval and agreement, the Duke of York’s military affiliations and Royal patronages have been returned to The Queen. The Duke of York will continue not to undertake any public duties and is defending this case as a private citizen,” the palace said in a statement.

The royal source also told CNN that “all of the Duke’s roles have been handed back to the Queen with immediate effect for redistribution to other members of the Royal Family. For clarity, they will not return to The Duke of York.”

On Wednesday, a New York judge ruled against a motion by Andrew’s legal team to dismiss a civil lawsuit brought against him by Virginia Giuffre, who alleges that she was trafficked by disgraced financier Jeffrey Epstein and forced to perform sex acts with the prince at the age of 17. Andrew has vigorously denied those claims.

The allegations against Andrew — along with his relationship with the late convicted sex offender Epstein — had already tarnished the prince’s reputation.

But the prospect of a public trial that would attract global attention could put Andrew — the third child (and reportedly the favourite son) of Queen Elizabeth II — in an unprecedented situation for a senior British royal.

Andrew had, in 2019, stepped away from his public duties as a result of allegations and the backlash over his initial response.

Aside from the days following the death of his father, Prince Philip, in early 2021, he has rarely appeared in public since. He was even absent from publicly released photographs of his elder daughter Beatrice’s wedding in 2020.

The scandal has wider implications for the royal family, which was simultaneously been forced to weather criticism over Andrew’s case and claims of racism from Prince Harry and Meghan, Duchess of Sussex over the past year. Buckingham Palace later described the claims as “concerning.”

The case against Andrew

Giuffre brought her case against Andrew under New York’s Child Victims Act, a state law enacted in 2019 which expanded the statute of limitations in child sex abuse cases to give survivors more opportunities to seek justice. An attorney for Giuffre told CNN in August that filing the civil case was to show “all perpetrators of abuse should be held accountable.”

Giuffre says she was trafficked by Epstein and forced to have sex with his friends — including the prince — at a time when she was underage (17) in the US. She said the assaults happened in London, New York and the US Virgin Islands; that Andrew was aware she was a minor at the time; and that she had been trafficked by Epstein.

She is seeking damages “in an amount to be determined at trial,” as well as attorneys’ fees and other further relief “as the Court may deem just and proper,” according to the lawsuit.

Andrew’s attorneys filed a motion to dismiss late last year, but that effort failed on Wednesday and they must now prepare the prince to face a New York court. He could still try to negotiate a settlement with Giuffre to avoid the case going into a trial.

DISCLAIMER: The Views, Comments, Opinions, Contributions and Statements made by Readers and Contributors on this platform do not necessarily represent the views or policy of Multimedia Group Limited.
Tags:
Jeffery Epstein
Prince Andrew
Queen Elizabeth II